The UK's first Technology and Innovation Centre, dedicated to high-value manufacturing, is looking for a high-power fiber laser. 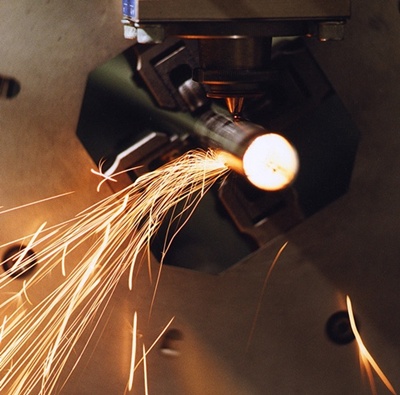 The Manufacturing Technology Centre (MTC) in Coventry, UK, just announced as a key part of the country’s new drive to develop and extend its manufacturing base, is tendering for a high-power fiber laser.

MTC was named on March 17 as one of the seven centers of excellence that will form the first of the UK’s new Technology and Innovation Centres (TICs), which are expected to become known as “Turing” centers, in honor of the World War II codebreaker. The government is hoping that the TICs will help to close the gap between high-quality research and successful commercialization of that research – seen as a weakness of the UK system.

According to its tender document, MTC - itself a collaboration between universities and the Cambridge-based TWI - is seeking a 200 W fiber laser for materials processing applications, as well as basic training for three people to use the equipment.

Other specifications include an output wavelength of 1070 nm, operation in both continuous-wave and pulsed mode (maximum 100 kHz), and the ability to operate the laser at average powers down to 1% of the maximum rated output. The tender offer expires on March 25, and full specifications are available here.

£200 million TIC support
The UK government has set aside £200 million ($324 million) to fund up to eight TICs, and said last month that the first of these would be dedicated to high-value manufacturing. A TIC involving photonics directly has also been short-listed (see related story), although it is expected to be part of a second round of funded centers.

The seven centers of excellence that form the high-value manufacturing TIC are:

Announcing the new TIC, UK Deputy Prime Minister Nick Clegg said, “The first TIC is a major early milestone in our ambition to rebalance the economy. It will bring significant benefits to Rotherham, Teesside, Glasgow, Coventry, Warwick and Bristol, and to the country as a whole. I believe that the UK should be at the forefront of science, engineering and manufacturing.”

“The £200m we have committed to [TICs] over the next four years is a symbol of the Government’s commitment to supporting this,” Clegg added.

The UK government also announced nine new university-led “Centres for Innovative Manufacturing”, which will receive £45 million through the Engineering and Physical Sciences Research Council (EPSRC). Ideas developed through this research are then expected to feed into commercialization activity at the various TICs.

The Technology Strategy Board (TSB), part of the UK’s Department for Business Innovations and Skills, is responsible for developing the network of between six and eight TICs, and fast-tracked the first of these after more than 140 organizations registered their interest.

In the TSB’s prospectus for the TICs, published in January, photonics was listed as a “candidate area” to form one of the TICs, in combination with electronics and electrical systems. A decision on which of the six candidate areas has been selected for the initial phase of the project is expected in April.