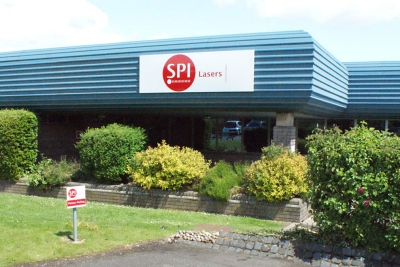 Industrial laser and machine tool giant Trumpf has decided to combine its SPI Lasers subsidiary in the UK with its main laser operation in Germany.

SPI, which specializes in fiber lasers for materials processing applications, has already been part of the wider Trumpf business for more than a decade. But although the Ditzingen-headquartered firm acquired SPI for £28 million back in 2008, the UK business had always maintained independent branding.

“Trumpf Laser- und Systemtechnik GmbH will combine the business operations of SPI Lasers UK Ltd. to bring advantages in industrial applications via both disk and fiber technology and enhance customer service offerings,” announced Trumpf, adding that some SPI products were available via Trumpf sales channels as of July 1.

Earlier this year the two divisions had decided to work together more closely on fiber laser distribution in China.

UK sites
Trumpf said that customers would now benefit from the combination of SPI’s technology with the parent company’s customer service.

“In addition, both companies are expecting synergy effects and an improved cost structure, for example in research and development,” said Trumpf, adding that these steps should be completed by the end of September.

Asked to clarify that statement, SPI Lasers told optics.org: “Our facilities will remain as they are for the foreseeable future, that is with manufacturing and research and development sites in both Southampton and Rugby (pictured).

“But we will now work much closer with our colleagues in Germany. The key change will be focused around the brand and how we communicate with our customers. This will of course affect certain functions that work closely in these areas, such as sales and marketing, and service.”

The company added that “at this time” it did not expect to reduce its research effort in the UK, or to move any functions to Germany.

Healthy order book
Commenting on the wider industrial laser sector, which has been impacted by both a slump in the automotive sector and the effects of the coronavirus pandemic, SPI said:

“In terms of global demand, at this exact point in time our order books are looking healthy, following a number of our global customers slowly returning to more ‘normal’ working practices.”

SPI acknowledged that the automotive market was in a difficult period, but also pointed out that the growing investment in e-mobility was a positive development, since lasers have become critical to the production of batteries for electric vehicles.

Founded as Southampton Photonics back in 2000, as a spin-out from the University of Southampton’s Optoelectronics Research Centre initially focused on the optical communications sector, SPI Lasers soon switched attention to fiber lasers for industrial applications.

Over the past two decades the company says it has deployed more than 50,000 laser units.