Developer of automotive lidar hardware and software expects $1 billion order backlog by the end of the year. 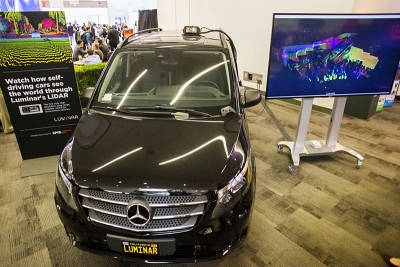 Luminar Technologies, the Silicon Valley startup at the forefront of lidar development for autonomous vehicles, has revealed plans to list on the Nasdaq as it looks to scale up to series production.

The Palo Alto firm is set to complete a merger deal with investment vehicle Gores Metropoulos that will result in $570 million of new financing, including support from the Volvo Cars Tech Fund and PayPal co-founder Peter Thiel, among others.

Prior to the latest funding announcement, Luminar had already attracted more than $250 million in venture backing, and won accolades including a Photonics Prism Award in 2018 for its "Model-G 3D LiDAR" system.

The new cash will be used to help ensure that Luminar’s 1550 nm fiber laser-based approach becomes the first autonomous driving technology to be manufactured at scale, with a ramp to series production inside Volvo vehicles anticipated in 2022.

‘Pivotal’ moment
Luminar’s founder and CEO Austin Russell, who still owns nearly 40 per cent of Luminar's stock, said in a company release: “This milestone is pivotal not just for us, but also for the larger automotive industry."

In an investor conference call announcing the merger and listing plan - which implies an enterprise value of $2.9 billion for Luminar - Russell added: “I founded the company eight years ago with the objective to build a new type of lidar sensor that would enable autonomous vehicles to accurately see and understand the world around them, in 3D.

“We knew there was no way that we would be able to accomplish the stringent specs and requirements needed using off-the-shelf parts; we had to be able to build something entirely from the ground up with a completely differentiated architecture.”

Working alongside CTO Jason Eichenholz and the company's engineering team, Russell coupled the 1550nm fiber laser with a receiver based around an efficient InGaAs sensor, dual-axis scanning mirrors and perception software to produce a system capable of classifying dark objects at long range.

Gores Metropolous is one of several investment vehicles set up by the private equity billionaire Alec Gores. In February 2019 it listed on the Nasdaq following a $400 million initial public offering, with the aim of acting as a “blank check” company after identifying a suitable business to merge with.

“Luminar represents a rare opportunity to invest in the first autonomous driving technology for cars and trucks in global series production,” Gores told the investor call.

Series production plan
Mark Stone, managing director of The Gores Group, pointed out that Luminar was already collaborating with several top-tier OEMs in the automotive sector, including “nearly every major autonomous trucking and robo-taxi program currently in development”.

The most significant of those collaborations looks to be with Volvo. Described by Stone as “the first industry-wide series production contract in the autonomous space”, it should see Luminar scaling up to meet the car firm’s series production requirements just a couple of years from now.

“Volvo made a lot of sense as our launch partner, being the global leader in automotive safety,” Russell said, pointing out that the car firm was small enough to move quickly, while being sufficiently large to achieve meaningful economies of scale.

“The holy grail in this industry has been to be able to see autonomy put into series production,” added the Luminar CEO. “There is a huge opportunity to reduce collisions by as much as an order of magnitude if you have a lidar sensing system and software, and can avoid getting in a situation by taking over the steering wheel and braking systems pro-actively.”

Critically, Russell said, the lidar system devised by Luminar is capable of “seeing” even dark objects from a distance of more than 250 meters - the range benchmark typically quoted as necessary for safe autonomy. The 1550 nm wavelength used by the firm is key, as it means that far more power can be deployed for sensing while remaining technically "eye safe". 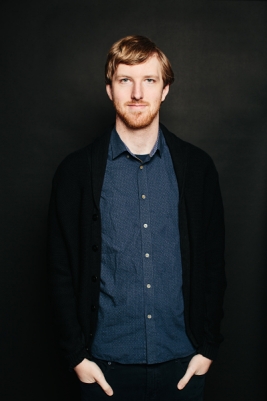 Economies of scale with Volvo
Suggesting that most other companies involved in automotive lidar are focused on robo-taxi applications, Russell highlighted that Luminar was also targeting the wider - and much larger - market for consumer vehicles.

“So we’ve developed our perception software from scratch,” he told the investor call, describing the lidar hardware as providing the “eyes” of the car, whereas the perception software provides the visual cortex, and the ability to interpret the raw lidar data in a meaningful way.

“This allows us to do object segmentation, detection, classification, tracking, etc, which is key to helping enable a more turn-key solution for automakers to be able to see successful autonomous development programs transition into series production.”

Commenting on the Volvo collaboration the CEO added: “This is for launch in 2022, where you’ll be able to buy a car with our technology integrated.

“With this, for the first time autonomy will see an unprecedented scale, with the opportunity for tens [or] hundreds of thousands of vehicles on the road in an autonomous capacity in the near future.”

The result of that, thinks Russell, will be to realize the kind of economies of scale needed to ensure highly favorable unit economics.

“What’s key is we get to leverage the exact same industrialized lidar hardware, as well as software, with other automakers who are looking to similarly transition, or work with them from the development phase into series production,” he said.

Contract manufacturing strategy
According to Luminar’s CFO Tom Fennimore, plans to scale up production should allow Luminar’s “bill of materials” to decrease from just under $500 at the start of series production, to less than $100 per unit.

He described a “capital-light” business model that would see Luminar sell similar sensor technology across its customer base as it grows - meaning lower development costs.

“We will utilize our contract manufacturing strategy to enable a rapid rise in sensor production without a rapid rise in the necessary manufacturing capital expenditure,” Fennimore explained. The CFO also suggested that Luminar would become profitable on relatively small revenues, compared with some of its rivals.

While a presentation accompanying the investor call indicates that current revenues are minimal, the company’s executive team believes that it will be sitting on orders worth around $1 billion by the end of the year - rising to more than $10 billion by 2025.

Assuming that the merger goes ahead according to plan, Luminar will become listed on the Nasdaq before the end of the calendar year, at which point it will begin trading under the ticker symbol “LAZR”.

• The “reverse merger” method of listing on the public markets follows a similar move made recently by Velodyne, another company targeting the automotive sector with lidar technology for autonomous driving.

Just last month the San Jose firm said it would combine with NYSE-listed GRAF Industrial, in a deal including $150 million in new equity investment. Unlike Luminar, Velodyne already sells into several other lidar applications besides the automotive sector.