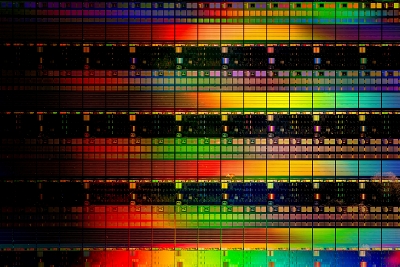 State-of-the-art semiconductor manufacturing equipment destined for China is yet to be shipped, after US government officials pressed their Dutch counterparts to block the sale of an extreme ultraviolet (EUV) lithography system built by ASML.

That’s according to a Reuters report published January 6 claiming to reveal new details about extensive efforts by the Trump administration, sparked by fears about China acquiring the largely photonics-based technology.

Optics and lasers
Incorporating high-power lasers from Germany’s Trumpf, huge reflective optics provided by Zeiss, and diamond optics developed by II-VI, the EUV systems cost upwards of €120 million each - more than some of the aircraft used to ship them to the world’s leading semiconductor fabrication facilities.

EUV is able to shrink the size of features in transistors and other devices to an unprecedented scale, meaning that chips made using the technology offer unrivalled performance in terms of processing speed and complexity.

Applications of EUV-patterned devices are expected across key emerging sectors such as 5G connectivity, artificial intelligence, and high-performance computing.

ASML’s lead customers include the likes of Intel and Samsung, alongside the Taiwanese foundry TSMC. Back in summer 2017, ASML said that it would be looking to take advantage of an expected €3 billion spending surge on lithography equipment by emerging chip makers in China. Those customers are being supported by the Chinese government, which previously identified semiconductor manufacturing as a key strategic priority.

According to the Reuters story, which cites multiple unnamed sources, US government officials began their “campaign” after Dutch authorities granted ASML a license to sell EUV equipment to a customer in China.

That effort is said to have culminated in a meeting with Netherlands prime minster Mark Rutte at the White House in July 2018, during which senior security advisors are believed to have raised the issue.

Rutte is said to have been given an intelligence report citing the “potential repercussions” of China acquiring ASML’s technology. Following that visit, the Dutch government did not renew ASML’s export license, and according to the Reuters story the EUV machine in question has still not been shipped.

25% threshold
While the US government can deny domestic companies the special licenses that they need to sell equipment to Chinese customers such as Huawei, it is not able to exert that kind of direct control over non-US firms.

However, if more than a quarter of the value of foreign-built high-tech equipment comprises US-made components, the US can require a license for those products to be shipped to China.

According to Reuters, an audit by the US Department of Commerce found that the US-made components in ASML’s EUV equipment fell below that 25 per cent threshold, meaning that US officials could not block the sale of the equipment directly.

Instead, the White House is said to have pressed Dutch officials to consider the sale in the context of the international Wassenaar Arrangement, which is intended to restrict exports of so-called “dual-use” technologies to ensure that they do not fall into the hands of terrorists or other bad actors. China is not a participant in the arrangement.

Lithography equipment is covered under the Wassenaar rules, specifically under “Category 3 - Electronics”, and with EUV technology explicitly mentioned.

ASML has never mentioned the license issue or any details about the sale of equipment to specific Chinese companies. The company has a significant presence in China, employing hundreds of people across its sites in Shanghai, Beijing, and Shenzhen.

In October last year the company attributed 7 per cent of its quarterly sales - equivalent to around €160 million - to customers in China.