IPG bounces back despite Covid-19 complications 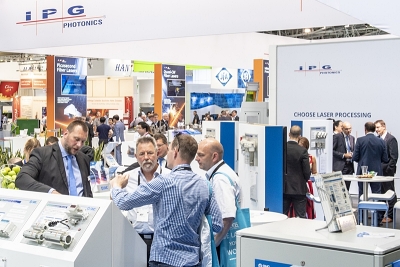 Shares in IPG Photonics have bounced back to pre-pandemic valuations, after the fiber laser company said it had seen an initial “V-shaped” recovery in China.

Despite the huge ongoing impact of the Covid-19 outbreak in Europe and elsewhere, which saw IPG’s sales for the March quarter fall by more than 20 per cent year-on-year to $249 million, company executives forecast a sequential increase in revenues for the current quarter, which ends in June.

WIth $1.2 billion in cash reserves on its balance sheet and very little debt, the Oxford, Massachusetts, company is confident of not only weathering the current storm but emerging from it in a stronger position.

“We plan to continue investment in strategic research and capital projects that will drive the next leg of market share capture for our fiber laser technology,” founder and CEO Valentin Gapontsev told an investor conference call discussing the latest results.

“Because our fiber lasers are a key enabler of automated precision manufacturing, we expect to disproportionately benefit from an eventual recovery in the industrial cycle.”

Production sites open
Gapontsev pointed out that despite the restrictions on movement in various locations, IPG’s output had not been impacted in any serious way. “In Germany we did not stop work,” he said. “In Russia production was stopped only for a one week vacation.”

The situation at its Massachusetts headquarters is more complex, with IPG’s COO Eugene Scherbakov noting that although manufacturing there had been scaled back, the company was making products to support essential business.

“These include lasers and laser systems used in the transportation, medical, agricultural, communications, and defense end markets, among others,” he said.

With social distancing and other measures - including ultraviolet light disinfection - in place, Gapontsev said he was proud to report that as yet there had been no cases of Covid-19 infection across any IPG locations, despite 80 per cent of staff working on-site in recent months.

The company has also donated tens of thousands of protective masks to local hospitals in the US, as well as a computed tomography (CT) scanner and other medical equipment in Russia.

Lasers still in demand
While stressing that any nascent recovery remained subject to huge uncertainties regarding the ongoing impact of the virus, the IPG executive team believes that sales in the current quarter will rise sequentially, to somewhere between $260 million and $290 million.

Among the applications driving those sales is welding of electric vehicle batteries, with Gapontsev reporting IPG’s first volume order for adjustable mode beam lasers in that sector. IPG’s high-power nanosecond pulsed lasers are also used in battery production, typically for foil cutting, and sales of those sources are also on the up.

The company’s diversification into thulium fiber lasers for urology also seems to be paying dividends, with sales of medical lasers ramping to a best-ever $10 million in the March quarter - up by a factor of five on the prior year.

But it is still sales of fiber lasers used in machine tools and often destined for China that dominate IPG’s overall sales. Although CFO Tim Mammen reported a 33 per cent year-on-year fall in sales of high-power continuous-wave lasers, these sources still accounted for nearly half of the company’s quarterly revenues.

At the same time, sales in China dropped 40 per cent compared with the opening quarter of 2019, and amounted to only 28 per cent of the $249 million total.

“As we had expected, performance was impacted by weaker demand due to the novel coronavirus outbreak, though we did see a strong recovery in orders during the latter half of March and April,” said Scherbakov, adding that the usual severe price competition in China had stabilized somewhat.

Internal supplies
One key advantage that IPG has over its competitors in the current situation is its vertical integration, enabling it to source internally all the critical and complex components that are required for its lasers. Some raw materials are sourced from third parties, but because IPG typically keeps three months of stocks in place, it has not been hampered by the kind of supply constraints that may be impacting other laser firms.

“Many of our third-party suppliers remain open, providing us the components we need,” said Scherbakov. “However, the supply chain constraints we face are primarily related to logistics - including available air cargo space and higher freight rates.”

Because of the current limits on cargo space on flights between the US and Europe, and between Europe and Asia, shipments are taking longer, the COO explained. Those within the worst-hit areas of Europe are also being limited by checks at border crossings.

Looking ahead, CFO Mammen warned that despite the apparent “V-shaped” recovery under way in China, the global demand environment remained very uncertain because of the wider impact on manufacturing facilities and customer confidence around the world.

“While we have seen a rebound in China-based order volumes in the latter half of March and April, this has coincided with declining bookings in other regions, including Western Europe, North America and other countries in Asia,” he said. 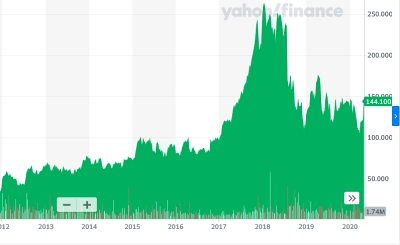 “We’re pleased with the overall performance in Q1, [and] I'm pleased to be able to guide at least sequentially higher,” Mammen told investors. “[But] it's not as though we - or the global economy - is out of the woods yet.”

• IPG's Nasdaq-listed stock price jumped in value by more than 20 per cent following the latest results announcement and outlook. Closing at just over $144 on May 5, the company's market capitalization now stands at $7.7 billion - similar to the figure immediately prior to the emergence of Covid-19.

Illustrating their confidence in the company's future, IPG's board of directors has sanctioned an additional $200 million share buy-back program. It is in addition to a similar plan initiated in February 2019, under which $60 million of repurchases remains available.