Projects from Boston and Portland could help translation of OCTA into clinics. 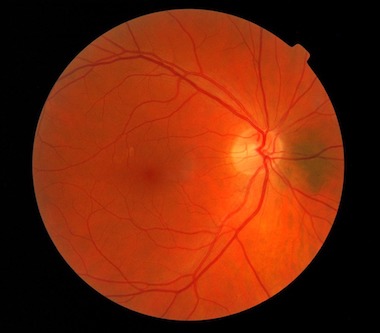 Optical coherence tomography angiography (OCTA) is a promising technique for imaging of blood vessels, in which sequential OCT scans of the same tissue cross-section reveal the sites of blood flow within those tissues, and can allow the blood oxygen content to be calculated.

Examination of the retina is one promising application area for OCTA, thanks partly to the widespread adoption of conventional OCT within ophthalmology and its established place in clinical workflows.

Two recent projects have published findings that could assist the translation of OCTA into ophthalmology clinics, by separately demonstrating a visible light OCTA platform, and the use of adaptive optics technology to improve imaging performance. Both were reported in Biomedical Optics Express.

A group at Boston University School of Medicine has developed what is said to be the first visible light optical coherence tomography angiography (vis-OCTA) for human retinal imaging.

Visible light OCT, as opposed to the version using infra-red light, has been applied to retina imaging before; but the new version was designed to allow narrower bandwidth spectrometry, increasing the spectral power density for OCTA imaging.

"Most reports on vis-OCT human retinal oximetry describe vessels in close proximity to the optic nerve head with vessel diameters above 100 microns," commented the project in its published paper. "This provides a global assessment of inner retinal metabolic activity. But measurement of localized inner retina metabolic change with focal oximetry in smaller vessels, even down to the capillary level, is highly desirable for better disease characterization."

The team's solution was to modify an existing vis-OCT set-up with two edge filters, intentionally narrowing the spectral bandwidth to a range of 545 to 580 nanometers, and add an electronically tunable lens for rapid focusing adjustment. Data processing methods then extracted the microvascular spectral signals from the wavelength-dependent OCT images, allowing the blood oxygenation data to be calculated as well.

Trials on a human subject showed that both structural OCT images and oxygen saturation data could be successfully gathered within six seconds. The platform achieved a 100 kHz A-line rate, said to be the fastest acquisition speed reported so far for human retinal vis-OCT, and allowed accurate localization of microvasculature down to the capillary level, enabling oximetry at vessels below 100 microns in diameter.

"The unprecedented significance of our vis-OCTA oximetry is the capability of excluding confounding factors from other retinal layers through 3D segmentation," said the team in its paper. "The accurate vessel localization allows for measurement of capillary blood oxygen saturation, which is unattainable by fundus-based oximetry."

A project at Oregon Health & Science University in Portland has developed a prototype OCTA platform in which adaptive optics (AO) is used to compensate ocular aberrations and improve image resolution. Such AO-OCTA systems have previously tended to be large and complex, according to the project, and often have an unhelpfully small sub-millimeter field of view.

Identifying fundamental trade-offs between resolution and field of view, the Oregon group decided that the optimal scenario for OCTA may be an intermediate numerical aperture (NA) that produces a focal spot diameter that is commensurate with capillary caliber of 4 to 7 microns.

An intermediate NA also requires the correction of relatively few modes of higher-order aberrations and allows the use of sensorless AO, in which the correction aberration is inferred from a collection of image measurements, rather than the deformed wavefront itself.

"Sensorless AO has several translational advantages over wavefront sensor-based instruments," said the Oregon team. "The optical hardware complexity and cost is lower since the sensor, coupler, and many relay mirrors could be obviated. However, sensorless AO relies on rapid estimation of the objective function to optimize focusing for specific tissue layers."

The team's AO-OCTA platform was designed around a commercial deformable mirror and galvo scanner, and then used to image retinas of eleven human subjects. Depth-resolved angiograms over a 2 × 2 millimeter field of view were obtained with a focal spot diameter of 6 microns, said to be about 3 times finer than typical commercial OCT systems.