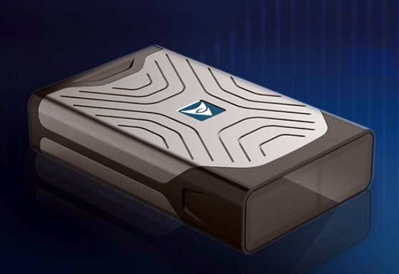 4Sight M is designed to drive autonomous applications in the automotive sector.

“The LiDAR industry has struggled with attaining solid-state performance, especially when trying to achieve sufficiently high resolution at long range,” commented Luis Dussan, co-founder and CEO of AEye. “With the public failures of several Optical Phased Arrays and Flash LiDAR concepts, MEMS-based systems were seen as a potential solution, but the inability of FMCW or other TOF systems to effectively reduce the size of or harden their MEMS continues to be a stumbling block.

A non-arrayed micro-MEMS is at the core of the AEye system design, which the company says “helps us solve this challenge – providing the automotive industry the combination of reliability, performance and price they have been seeking.”

4Sight is the fifth-generation sensor from AEye and is based on AEye’s iDAR™ platform. This patented system design features one laser, one MEMS arrangement, one receiver, and one SOC. AEye states, “Driven by extensible software, 4Sight is designed to identify and deliver salient information while exceeding all industry quality and reliability standards, and can be manufactured at scale at low cost.”

To demonstrate its reliability, AEye recently engaged the NTS facility, to conduct extensive shock and vibration testing, on the 4Sight sensor. The results of the test showed a 4Sight Sensor can sustain a mechanical shock of over 50G, random vibration of over 12Grms (5-2000Hz), and sustained vibration of over 3G. 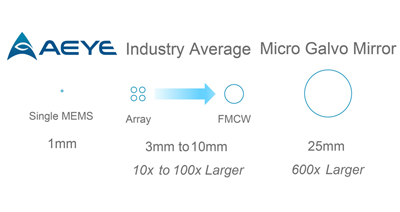 “Having funded hundreds of radar and LiDAR projects over the years,” said Allan Steinhardt, AEye’s Chief Scientist and former Chief Scientist at DARPA. “I appreciate the power of simple and elegant design and how that impacts system reliability. In real terms, our 4Sight remains fully operational significantly past the acceleration point where air bags deploy, and passengers black out.”

AEye says that its sensors are “changing the calculus for adding long range, high-performance LiDAR to a vehicle. Now automotive OEMs and Tier 1s along with trucking, construction, transit, rail, ITS, aerospace, and defense markets can implement LiDAR with the confidence that it can withstand forces similar to those generated by the recent historic launch of a Falcon rocket.”

The size of the mirror in a MEMS largely determines its reliability. Larger mirrors also have larger inertia, generating up to 600x more torque from shock and vibration events. In addition, larger mirrors do not allow for fast, quasi-static movement for agile scanning, which is key to intelligent and reliable artificial perception.

The patented system design of AEye’s MEMS allows a mirror that is less than 1mm in size. Combined with an 1550nm amplifiable laser and sophisticated receiver, the small mirrors are produced in volume using standard processes.

“The philosophy of AEye’s iDAR approach is to use resources where they have the greatest leverage for the application and make it the highest resolution, longest range, and most reliable LIDAR engine on the market,” said Jan Grahmann, Head of Microoptical Devices and Systems at Fraunhofer Institute for Photonic Microsystems, Dresden, Germany.

Indu Vijayan, 4Sight Product Manager, added, “The cumulative fatigue data from the tests determines the lifespan and reliability of 4Sight. Passing these tests demonstrates that it will endure the vibrations of a vehicle for its rated lifetime as well as shock of 50G impact events such as collisions or potholes. It also shows that 4Sight sensors are on track to pass shock and vibration standards such as GMW3172 and LV124.”