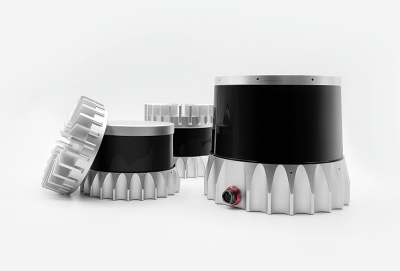 In recent years the Consumer Electronics Show (CES) in Las Vegas has emerged as a key event for scores of companies working on lidar equipment for autonomous vehicles, and 2020 appears no different.

Among the offerings this time around are claims for record-breaking resolution, field-of-view, and cost, alongside a number of demonstrations of the technology inside cars and taxis. Here’s our round-up of lidar-related announcements so far:

• San Francisco-based Ouster has released what it claims is a whole new category of lidar, designed to provide an “ultra-wide” field of view (FOV). Its new 128-channel “OS0” product offers a 95-degree vertical FOV with a 50 meter range, while its “OS2” system - also new - combines a range in excess of 240 meters with industry-leading resolution.

“The OS0 marks a new category of ultra-wide field-of-view lidar optimized for autonomous vehicle and robotics applications,” announced the firm. “The OS0-128 was designed for the rigors of commercial deployment and has already secured multiple design wins from leading robotaxi and autonomous trucking OEM customers.”

One of those customers is Michigan-based autonomous shuttle operator May Mobility. Tom Voorheis, the firm’s director of autonomy engineering, said: “The Ouster OS0 will provide critical information for navigating urban environments full of tight spaces and crowded streets.”

Graphics chip pioneer Nvidia is also on board, and says it will use the OS2 version of Ouster’s technology in its “long-range perception” offerings. Ouster has priced its OS2-128 product at $24,000, while the OS0-128 costs $18,000.

• Also revealing hook-ups with robotic taxis in Las Vegas this year is Silicon Valley’s AEye. Its 1550 nm wavelength “iDAR” platform features in a series of partner demonstrations at the CES event, including a concept “RoboTaxi” vehicle built by Indian car and steel giant Tata.

Company president Blair LaCorte said: “This is an exciting time, with disruptive innovation happening throughout the automotive sector that will forever transform how people and goods will move from point A to point B.

“This year at CES, we are excited to showcase the incredible advancements in our iDAR perception platform, and how our partners are embracing and extending iDAR to accelerate innovation, and the availability of autonomous features.”

AEye’s own booth will feature an interactive basketball challenge. Attendees will see their “free throw” shots tracked in real-time by iDAR, with the system forecasting whether the ball will hit the backboard, rim, or go straight into the net. 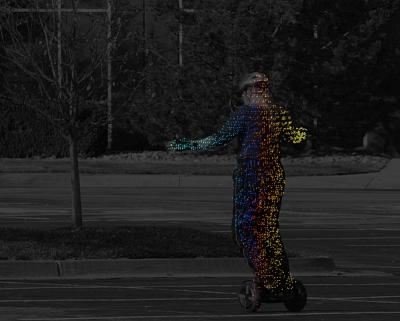 • Meanwhile Boulder-based Insight Lidar, a subsidiary of Insight Photonic Solutions, is set to demonstrate a long-range digital coherent lidar system said to be capable of combining industry-leading resolution of 0.025 degrees with a range in excess of 200 meters.

Crucially, the company claims that its “all-chip” approach has sufficient sensitivity to perceive low-reflectivity objects at long distances - something that has long been regarded as a weakness of lidar, particularly when it comes to deployments on fast-moving vehicles.

“Perception for autonomous vehicles is a really difficult problem,” pointed out company CEO Michael Minneman. “In the case of lidar, you really can’t pick and choose which system specifications you want to meet. In order to deliver safe, effective point clouds for the perception team, there are 20 or more really critical specs that all need to be met simultaneously.”

He says that Insight has been able to combine that kind of performance level with the ability to scale up production to millions of units, critical if the technology is going to meet cost requirements in the car industry.

“Our technology enables us to drastically increase the pixel count, while simultaneously providing direct velocity information. Together this data addresses most of the really difficult edge cases [that] perception teams face.”

• Sydney, Australia, lidar firm Baraja is another to unveil a new system at CES 2020, with the company stressing its immunity from interference. Seen as a potential future problem when the roads are full of lidar-enabled cars firing photons in all directions, Baraja reckons that its randomly modulated continuous wave approach, based around 1550 nm emitters, offers inherent protection.

“Interference occurs when a lidar transmits laser light and picks up another source of light, from a different laser or environmental source, like bright sunlight, creating errors and uncertainty that manifest as vehicle blind spots,” explains the company. “Today, this situation triggers the autonomous technology to disengage and hand over to the safe driver.”

Baraja’s “SpectrumScan” gets around this problem by rapidly switching the laser’s wavelength and transmitting it through a prism to diffract each wavelength onto a slightly different path.

It means that when the light returns to the sensor, it is only processed if the wavelength, angle, timing and encoding matches on all signals - thus ensuring interference immunity.

Like rival Insight Lidar, Baraja claims a sensitivity good enough to detect 10 per cent reflective objects at a distance of 200 meters - the car industry’s benchmark requirement for safe operation. 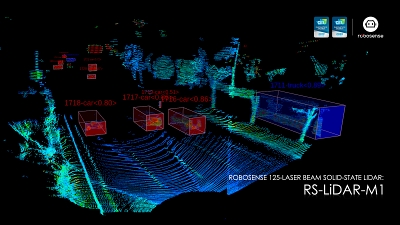 • China’s RoboSense is also in Las Vegas this year, and unlike most of its rivals is highlighting cost rather than performance advantages. Priced at just under $2000, the simple version of the Shenzhen firm’s latest 125-beam system is said to be half the size of its predecessor.

Part of the reason why RoboSense is able to achieve that low price is its use of 905 nm lasers, which are much easier to make than the longer-wavelength alternatives, but have disadvantages in terms of eye safety and therefore the power that can be deployed to achieve long-range perception.

The company says it will also carry out a demonstration of its technology with an on-vehicle public road test in Las Vegas, although that will use a more advanced version of the sensor.

“The RS-LiDAR-M1 is an optimal choice for the serial production of self-driving cars, far superior to mechanical lidar,” claims Mark Qiu, RoboSense COO. “The sooner solid-state lidar is used, the sooner production will be accelerated to mass-market levels.”

• Photodetector maker ON Semiconductor is another company taking part in CES 2020, where it is due to demonstrate the industry’s first high-resolution, wide FOV single-photon avalanche diode (SPAD) sensors designed for short-, mid- and long-range lidar.

Among the firm's customers is RoboSense, with other lidar companies also said to be adopting SPAD-based silicon photomultipliers (SiPMs) in their latest systems.

"SiPMs are quickly displacing APDs in solid-state lidar systems at the near-infrared, 905 nm wavelength," says Wade Appelman, VP of ON's Intelligent Sensing Group. "We are excited to be highlighting our lidar partners who have designed in our latest AEC-Q101 qualified R-Series detectors because of their market leading 15 per cent photon detection efficiency, a critical performance parameter to achieve long distance ranging."