Korean startup says it has now raised $14M, and is planning to launch a VCSEL-based product for cars next year. 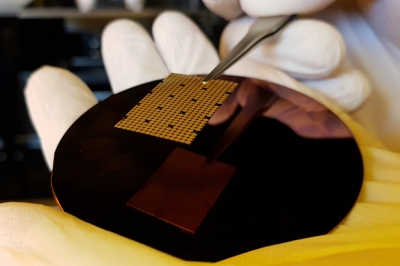 The Korean startup company SOS Lab has outlined new funding and plans to commercialize a low-cost lidar sensor for vehicles based on vertical-cavity surface-emitting lasers (VCSELs).

The company says it secured a new funding round worth $8 million - bringing total investment so far to $14 million. The latest “A+” round of support was led by the Korea Development Bank (KDB), announced the Gwangju Institute of Science and Technology spin-out.

“Despite a decline in general economic activities due to Covid-19, SOS Lab successfully attracted the investment, and it has now unveiled its plans for the commercialization of lidar,” added SOS Lab.

The firm, which revealed its initial $6 million funding round in late 2018, counts Korean auto giant Hyundai among its backers, and has also established satellite offices in Seoul and Silicon Valley.

Sensor suite
In line with many other lidar startups, SOS Lab is targeting the autonomous vehicle sector. The company sees its products becoming just one of a suite of complementary sensors that will work in tandem to ensure the safety of future vehicles offering a high degree of autonomy.

“There is no perfect sensor that allows uniform collection of information in all kinds of environments,” explains the firm.

CEO Jiseong Jeong adds: “In order to commercialize autonomous driving technology that is above level 3, the technology readiness level must be elevated so that the technology is safe enough for customers to use.

“We dream of a future where everyone experiences safe mobility by having autonomous driving technologies applied to as many cars as possible. This is why we made commercialization of the car lidar sensor a top priority.”

SOS Lab is, along with many of its rivals in the sector, working on a solid-state approach that is intended to be compatible with mass production and, ultimately, much lower in cost than the mechanical scanning lidar sensors that have dominated the scene in early versions of autonomous vehicles.

Because of their tiny size and compatibility with mass production on large compound semiconductor wafers, VCSELs are seen by some as one of the keys to making lidar units suitably compact and low-cost for the automotive sector. On the flip side, their relatively low power output might be viewed as a major issue.

Jeong admits that overcoming performance limitations with the solid-state approach is a big challenge, but claims: “Our new product can detect distant objects by delivering high power despite its small size, which is a beam-steering technology that does not have any moving parts."

Partnership plan
Unveiled at the CES 2020 event back in January, SOS Lab’s “ML-1” solid-state lidar is claimed to offer a range of 50 meters. The company also offers its “SL-1” unit, described as a hybrid technology and with a claimed range of 230 meters.

Although other lidar companies have attracted much more funding, SOS Lab indicates that it is adopting a strategy based on manufacturing partnerships to enter the commercial market.

The Gwangju firm says it has entered into a memorandum of understanding with major chip manufacturer ON Semiconductor back in January, and is also in the process of establishing partnerships with OEMs and other electronic component manufacturers both in Korea and beyond.

While it is aiming to commercialize the VCSEL-based lidar sensor for cars next year, SOS Lab’s business roadmap also envisages moving beyond the mobility market.

Other target areas include security, where the company is said to be working with the Busan Port Authority in Korea, with further ambitions in robotics, industrial applications and more.