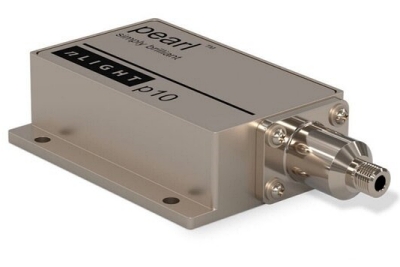 Vancouver, Washington based nLight has posted a net loss of $7.5 million in its latest financial quarter, as it battles against the effects of the coronavirus pandemic.

Although the maker of fiber lasers and high-power diode emitters saw sales increase slightly year-on-year, pressures on margins partly caused by the highly competitive market in China saw the loss figure widen significantly from $1.2 million a year ago.

However, nLight CEO Scott Keeney told investors that the results were better than the company had been expecting, with disruption to its manufacturing operations and supply chain in China turning out to be less severe than feared.

And while the near-term environment remains highly uncertain, Keeney said the company was witnessing “relatively resilient demand” across most of the customers and markets served by the firm.

Better balance
Like other companies across the photonics sector, nLight says it has prioritized employee health amid the crisis, implementing the safety measures mandated by local and federal guidelines while striving to maintain operations.

With recent acquisition Nutronics contributing $4.4 million sales in the March quarter, nLight has been able to reduce the level of its reliance on the Chinese market, and has also boosted the proportion of its business in the defense sector.

Figures revealed by the firm showed that its revenues are now much more evenly split between industrial, microfabrication, and aerospace and defense applications. The latter sector represented 39 per cent of sales in the latest financial quarter.

Partly as a result of that, business in China now represents only 28 per cent of the company’s sales. China sales had accounted for 46 per cent of nLight’s revenues in mid-2018.

Keeney also highlighted the secular shift to higher-power lasers across the industry. For nLight, it means that virtually half of the company’s fiber laser sales are now generated by sources delivering in excess of 6 kilowatts. That proportion has doubled since the opening quarter of 2019.

New HQ acquired
Looking ahead, Keeney revealed that the company had recently acquired land and buildings previously occupied by Sharp Laboratories of America, for $12.2 million. He said nLight intended to use the office, clean room and manufacturing space in Camas, just outside Portland, for its new headquarters, and would also ramp up automated production there.

Keeney added that although the company is in a strong liquidity position, with more than $100 million in cash and equivalents on its balance sheet, it was also taking measures to manage its cash carefully in light of the ongoing pandemic.

Those measures have included postponing annual salary increases and bonus payments, as well as significant cuts to executive salaries for Keeney himself, as well as CFO Ron Baraket, and CTO Ron Martinsen.

Despite the Covid-19 uncertainties, for the current quarter nLight is expecting sales to rise on the March figure, to somewhere between $45 million and $51 million. Margins should also be helped by what appears to be a stabilization of selling prices in China. Aided by the shift to more advanced, higher-power lasers, that trend has also been observed by IPG Photonics.

“We’re seeing a strong pick-up in China,” Keeney told investors, although he also said that in other locations it remained extremely difficult to make any predictions beyond June.

• Investors reacted positively to that outlook, sending nLight’s stock price up more than 5 per cent for the second day in succession. Trading at close to $19 early May 7 on the Nasdaq, the stock has now doubled in value since early April.