Korean startup is the latest to target the future market for autonomous driving; auto parts giant and Hyundai among early backers. 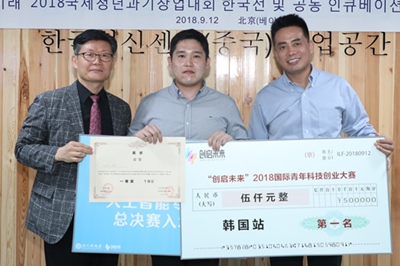 SOS Lab, a Korean startup company developing lidar equipment for future autonomous vehicles, has completed a series A round of venture funding worth around $6 million.

The firm, founded in 2016 and based at the Gwangju Institute of Science and Technology (GIST), says it has attracted backing from Korea-headquartered global giants in the form of automotive components supplier Mando and the investor wing of car manufacturer Hyundai.

Headed up by CEO Jiseong Jeong, SOS Lab says that the injection of cash will allow it to look beyond the domestic Korean market as it continues developing its compact sensor units with a view to garnering further investment.

While the series A round was led by Mando, other investors to participate included KDB Capital, Mirae Asset, SL Investment, WM Investment, BA Partners, RyukyungPSG Asset Management, and Future Play, while SOS Lab is said to be the first startup to receive backing from the recently formed Hancom Investment.

Said to offer a range of 200 meters – a figure viewed as critical for true driving automation – it combines the attributes of a conventional motor scanning system with a MEMS-based mirror. SOS Lab touts the product as providing high performance at a much lower cost than similar time-of-flight lidar sensors on the market.

SOS Lab isn’t just targeting the automotive sector. Its medium-range GL-3 sensor (quoted as up to 50 meters) is a scanning lidar aimed at factory automation and robotics deployment, while the short-range TL-3 (up to 5 meters) is a solid-state design intended for applications in security and subway doors.

While the firm’s head office is within the GIST campus, SOS Lab has already expanded with offices in Seoul and at the Silicon Valley arm of the Korean Innovation Center in San Jose, California.

“SOS Lab’s vision is to become a lidar company that keeps ahead of the competition through excellent performance and affordable price points,” said Jeong in a release announcing his participation in the AutoSens event.“We strive to innovate unique solutions to the problems combating the industry today in order to properly address consumer concerns and meet worldwide demand.”

Competitive sector
In doing so, SOS Lab is making similar claims to a multitude of protagonists working on lidar technology for future autonomous vehicles.

While Velodyne and Quanergy were among the first to attract significant venture capital in the emerging sector dozens have followed suit, with the likes of Luminar, AEye, Canada-based LeddarTech, and a host of Israeli startups fostering close relationships with major auto makers and technology companies more recently.

Virtually every major auto maker is believed to have a development program involving lidar sensors to help provide high-level autonomy – the notable exception being Tesla, which believes that a combination of cameras and radar equipment will prove sufficient.

Earlier this year analysts at the French market research company Yole Développement said that they expected the global market for lidar systems in cars and other vehicles to be worth $5 billion by 2023 - by which time some auto firms are expected to have launched largely, though not entirely, self-driving cars.