Munich-based MEMS lidar startup wins backing from Continental and Osram, among others. 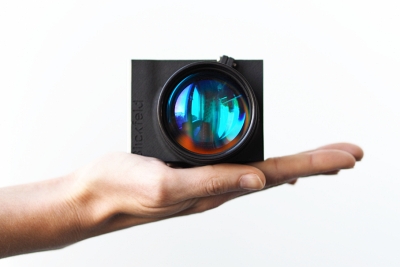 Blickfeld, a Germany-headquartered startup developing lidar technology based around large, high-performance MEMS mirrors, says it will be able to ramp up production after completing a series A round of financing.

Blickfeld says it will use the additional resources to ramp up production, qualify its lidar sensors for the automotive market, and strengthen development and sales teams for industrial applications.

Industrialization plan
One of around 100 lidar companies currently targeting automotive applications, Blickfeld aims to differentiate itself with the large, proprietary silicon MEMS mirrors that sit at the heart of its systems.

“The solid-state sensor developed by Blickfeld delivers high-resolution, three-dimensional environmental data and stands out due to its high performance even in adverse environmental conditions and its small size,” claims the Munich firm.

“Blickfeld’s patented technology is particularly advantageous in terms of its industrialization capability and enables highly automated production of the devices, allowing the company to meet the needs of the automotive mass market.”

Company co-founder Florian Petit added: “We see Blickfeld in a unique position here, as our technology stands out due to its mass market capability. We are now looking forward to taking the next steps into series production.”

Nils Berkemeyer, who manages venture capital activity at Continental, said in a Blickfeld release that the company’s “industry-agnostic” approach, focusing on reliability, performance and scalability attributes, would address both automotive and other growth markets.

“What truly sets the company apart is the advanced technological maturity, which the team has achieved in an extremely short amount of time,” added Berkemeyer. “Supported by a strong syndicate of VC investors and industry experts, Blickfeld now is in prime position to establish itself as a key player in future sensing technology.”

Co-founded in 2017 by Petit, company CEO Mathias Müller, and software lead Rolf Wojtech, Blickfeld has already grown to a team of more than 100 employees. They are planning to expand the firm’s application development and sales teams in the future, as Blickfeld moves into industrial uses of the technology. 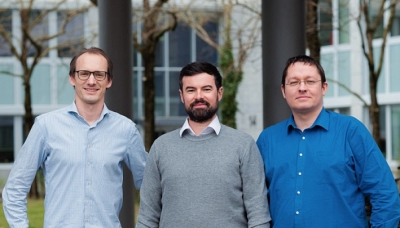 Products available
Current products include the compact “Cube 1”, which is said to combine a large field of view (70°x30°) with a range of 250 meters. It is aimed at traffic flow monitoring and parking space detection. A version with a narrower field of view is aimed at highway-speed detection of moving objects.

According to the company, the core of its lidar approach relies on a proprietary silicon MEMS mirror developed specifically for lidar applications. “The MEMS mirrors are embedded in a coaxial setup based on commercial off-the-shelf components, making the solid-state devices cost-effective, small in size, and production-scalable,” states the firm.

Previously, the company has explained that it had developed a proprietary technique for embedding the mirrors, in order to be able to use particularly large mirror sizes.

"Due to these unusually large diameters, a large number of photons can be directed into the surroundings and back onto the detector, which allows Blickfeld lidar sensors to achieve accurate, long range," it added.

In addition, the large mirror size are said to be more robust than conventional MEMS devices that are typically only a few millimeters in diameter. "Mirrors used in Blickfeld lidars also have high resonant frequencies due to their lightweight construction, which ensures that the greatest possible number of photons are returned to the detector," states the firm.

But this is far from the only approach to lidar design, with a growing number of companies now developing more complex but higher-performance approaches based on frequency-modulated continuous wave (FMCW) laser sources, rather than the more traditional time-of-flight scheme using pulsed lasers.

Market analyst IDTechX recently identified more than 100 companies - the majority of them startups - competing to provide lidar units in a nascent automotive market for the technology.

While noting that those startups targeting autonomous vehicles had already secured some $1.9 billion in venture support, the report warned: “The present state of the lidar market is unsustainable because winning technologies and players will inevitably emerge, consolidating the technology and business landscapes.”