Researchers at NIST make the most sensitive measurements to date of silicon conductivity. 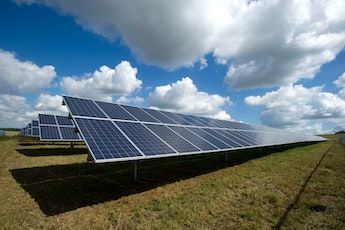 Charge mobility: the more the better

A project at the US National Institute of Standards and Technology (NIST) has made the most sensitive measurements so far of how quickly electric charge moves in silicon, a gauge of its performance as a semiconductor.

In particular, NIST has found a way to measure the charge-carrier mobility at extremely low levels of electric charge, in a way that does not require physical contact with the silicon sample. The new results may suggest ways to improve semiconductor materials and their applications, including solar cells and high-speed cellular networks, and were reported in Optics Express.

The findings build on previous NIST research into the use of time-resolved terahertz spectroscopy (TRTS) to assess other semiconductor materials, and represent the first comparison between the spectroscopic technique and more conventional contact-based methods to measure charge-carrier behavior.

The technique involves using a pulse of visible, ultraviolet or infrared light to first excite a resonant transition in the semiconductor and create a controlled density of charge carriers, effectively "photo-doping" the material.

Coupling a probe pulse of THz illumination into the photoexcited region then allows the motion of those charge carriers to be measured, as the probe irradiation is integrated over all the conduction pathways inside the interaction volume of the material, and THz light can penetrate even opaque materials such as silicon semiconductor samples. How much of that light is absorbed by the sample then depends on how many charge carriers are freely moving, allowing the charge mobility to be calculated.

In addition, the low-intensity pulsed light used in this study simulates the kind of low-intensity light a solar cell would receive from the Sun, so a greater understanding of charge-carrier behavior could lead to real-world benefits for power generation.

"The light we use in this experiment is similar to the intensity of light that a solar cell might absorb on a sunny spring day," said Tim Magnanelli of NIST. "So the work could potentially find applications in improving solar-cell efficiency."

A key breakthrough was the use of two-photon excitation for the photo-doping process. Earlier work using single-photon excitation had been limited by the small penetration depth achieved into the sample, usually around 10 to 100 nanometers. That meant that surface variations were an inevitable complication, negating the advantage of a contactless measurement technique.

But a two-photon technique can penetrate deeper, and more effectively complement the ability of THz light to completely penetrate a sample. The project successfully used the TRTS method to study a number of un-doped, n-, and p-doped Si wafer samples about half a millimeter thick.

"Combining two-photon excitation with a terahertz probe serves as a more accurate method to extract absolute and integrated carrier mobility, by minimizing of the impact of surface defects and providing an explicit depth of photoexcitation," commented the team in its published paper.

Having successfully lowered the threshold for measuring free holes and electrons, the NIST researchers discovered that carrier mobility eventually plateaus once the density of careers drops to a certain level. Although this effect had been noted before, the new project was able to determine that this plateau occurs at a lower carrier density than previously thought.

"An unexpected result like this shows us things we didn’t know about silicon before," said NIST's Ted Heilweil. "And though this is fundamental science, learning more about how silicon works could help device makers use it more effectively, for example if some semiconductors can be made to work better at lower doping levels than currently used."

To test whether these findings only held for silicon, the project tested gallium arsenide (GaAs) as well, and found that there too the carrier mobility continues to increase with lower charge carrier density, to a point about 100 times lower than the conventionally accepted limit.

"This observation for both Si and GaAs suggests that the effect is not uniquely due to silicon's indirect bandgap structure, and may be the product of differing selection rules or effective masses for populated carriers," commented the team.

Future work may now involve applying different photodoping techniques to samples, or experimenting with thicker samples. "Using the two-photon method on thicker samples may produce even lower carrier densities, that we can then probe with the THz pulses," said Heilweil.