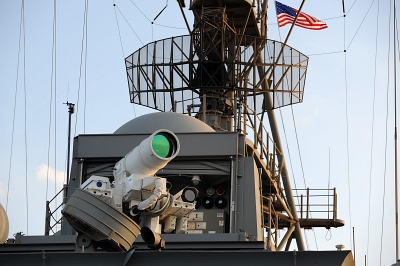 California-headquartered laser giant Coherent has revealed a strong upturn in sales and bookings in its latest financial quarter, as well as plans to acquire optical components firm EOT.

At $317 million, sales in the three months ending October 3 were down 6 per cent year-on-year, still overshadowed somewhat by the Covid-19 pandemic. But with bookings now returning to normal levels across key markets like displays manufacturing and scientific research, the company is confident of a sustained recovery.

CEO Andy Mattes told an investor call to discuss the latest results that three of Coherent’s four end markets saw solid double-digit percentage increases in bookings over the prior quarter, with the fastest rate of recovery coming from research labs and hospitals.

Mattes also outlined an updated strategy that will see Coherent sharpen its focus on high-precision laser materials processing applications in the industrial space, while the CEO also said the company would “double down” on its efforts in the defense sector.

“Our small but successful defense business has largely been operating in stealth mode for many years,” noted Mattes, adding that the company’s intention now was to focus on the emerging market for directed energy laser weapons in what he called a "more decisive and public" manner.

Directed energy weapons
The EOT deal, which remains subject to regulatory approvals, is part of that move, and intended to boost Coherent’s internal supply chain for producing lasers for use in such weapons.

Explaining the rationale behind the acquisition, Mattes told investors that although the company had been working on lasers for directed energy for more than a decade, it was only in the past year that the approach has reached the kind of technology readiness levels (TRLs) needed for future deployment.

“We sell products to a significant number of US defense contractors that serve all branches of the armed forces,” he pointed out, adding that the company had recently signed some "exciting" deals that will boost company sales figures in a year or two.

“What sets us apart in this market is a US-based supply chain for all critical components, many of which are vertically integrated within Coherent, which we believe is unique in the industry,” the CEO added, explaining how the sourcing of components was a critical issue.

“Our US defense customers have made it clear that a secure, US-based supply chain is and will be required moving forward. We not only make our own laser diode epi[wafers] and packaged diodes in the US, but we also supply the specialty single mode amplifier fiber, critical for every directed energy amplifier.”

The acquisition of EOT will add to that US supply chain, providing optical isolators and other specialized fiber components that will be crucial as directed energy weapons become a more regular feature.

“Several US programs are slated to progress to TRL 8, meaning full system qualification and hence higher volumes in the next 3-5 years, with deployment beyond that timeline,” Mattes said.

Mattes said that recent launches from the likes of Apple, Samsung, LG, and several Chinese phone manufacturers incorporating new displays - some foldable - would ultimately push the need for more lasers to be used in their production.

“We believe that these changes in the competitive landscape will help drive OLED price points lower in all mobile screen formats, and reduce the premium over LCD, which is the stimulus required to drive the next round of new capacity and fab investments,” he said.

Another key development is the continued emergence of “microLED” displays, where although it remains early days Coherent believes it has an industry-leading position.

“This is reflected by sales and active engagement with more than 25 customers, all working on process development as a precursor to a mass production solution,” Mattes added, pointing out that the company offered solutions for four separate microLED processes.

“We think we are at an inflection point where display manufacturers are really trying to figure out how to turn microLEDs into a commercially viable solution.”

On the bottom line, the company posted a huge on-paper loss of more than $400 million, although that was almost entirely the result of an accounting write-down resulting from the decision to exit the now-commoditized end of the market for multi-kilowatt fiber lasers.

Instead of competing against a multitude of providers, many of them based in China, Coherent has sharpened its focus in the industrial space to specific applications in precision materials processing.

Elsewhere, the company will be looking to streamline and consolidate its sprawling portfolio to improve overall profit margins, with Mattes telling investors: “We're going to take a critical look at the footprint of our organization.”

• Warning that the resurgence of Covid-19 seen in recent weeks, particularly across Europe, may impact the December quarter, Coherent’s executive team said that sales should end up somewhere between $300 million and $320 million.

Investors appeared to reflect on that warning, sending the stock down more than 10 per cent in early trading following the latest financial update. At just over $120 on the Nasdaq, the stock price is equivalent to a market capitalization of nearly $3 billion.