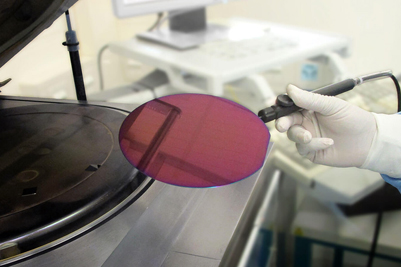 II‐VI, a developer of gallium arsenide optoelectronics, has announced that its full range of high-power semiconductor lasers is now available on its 6-inch GaAs platform.

The company explained the need for this in its announcement, “intensifying competition and anticipated increase in demand in the laser systems market, including for industry 4.0, medical diagnostics and surgery, and aerospace and defense, is favoring laser suppliers who can deliver reliably in volume while driving economies of scale.”

II-VI is now in volume production on its 6-inch GaAs platform for high-power edge-emitting diodes to meet what it calls “growing demand” for fiber laser pump chips. The company said it has achieved this by “leveraging decades of expertise in manufacturing highly reliable high-power GaAs edge-emitting pump lasers, and by building on its momentum in deploying 6-inch GaAs optoelectronics platforms for 3D sensing and high-speed datacom applications.”

Dr. Karlheinz Gulden, Senior VP, Laser Devices and Systems Business Unit, commented, “While there are very few 6-inch GaAs technology platforms for optoelectronics in the world, II-VI already operates several at scale, in three locations globally, including two in the U.S. and one in Switzerland.

“We are the first in the world to produce reliable high-power pump laser diodes and bars on such a scalable platform. By achieving this, II-VI is once again validating the long-term strategic benefit of developing vertically integrated technology platforms in-house.” 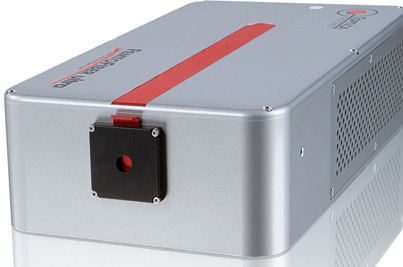 Toptica’s new FemtoFiber ultra 920, which delivers an output wavelength of 920 nm is ideally suited for the two-photon excitation of common fluorophores such as GFP, eGFP, Eosin, GCaMP, CFP, Calcein or Venus, says the Munich, Germany-based firm.

The company’s specification states, “In 2-photon microscopy, peak-power is brightness. To achieve the best image brightness, you need short pulses, high power, and most importantly a clean temporal pulse shape.

“With more than sufficient output power, the shortest pulses, and Toptica’s Clean-Pulse Technology, the FemtoFiber ultra 920 (click for more information) offers the highest relative peak power and enables unmatched brightness in 2-photon microscopy without unwanted heating of the sample.”

The FemtoFiber ultra 920 is also a solution for applications in non-linear microscopy, such as two-photon excitation of fluorescent proteins and SHG-based contrast mechanisms.

With the emission wavelength of 920 nm it provides high peak powers for green and yellow fluorescent protein markers (GFP, YFP) commonly used in neurosciences and other laser-related biophotonics disciplines.