Orders down at Trumpf as Covid-19 'catalyzes' automotive slump 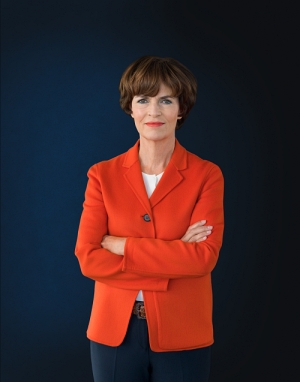 For the first time in more than a decade, annual sales and orders at Trumpf have both declined, reflecting the combined impact of the Covid-19 pandemic and the wider slump in the automotive industry.

At €3.5 billion, the Ditzingen-based machine tool company - also one of the world’s largest producers of industrial lasers - saw sales decrease around 8 per cent for the year ending June 30, 2020.

Orders were down more sharply, falling by 11 per cent to €3.3 billion.

Covid catalyst
CEO Nicola Leibinger-Kammüller said in a company release: “Since autumn 2018, we have been feeling the effects of a weakening economy and the reluctance of many customers to invest, particularly in Germany. We attribute this to the uncertainty associated with the structural change in the automotive industry, among other things.

“It has been our observation that corona[virus] has intensified this trend and acted like a catalyst - a crisis within a crisis, so to speak. The central issue here is the uncertainty about the pandemic’s duration and the appropriate measures on the part of government.”

On the plus side, the continued demand for state-of-the-art lithography equipment used to produce the latest logic and memory semiconductor chips has ensured strong traction for Trumpf’s specialist ultra-high-power carbon dioxide lasers.

Sales figures for the latest financial year included €480 million attributed to The Netherlands, with most of that total related to purchases by the lithography equipment firm ASML.

That represents an increase from €460 million a year ago, with The Netherlands ranking behind only Germany and the US in terms of sales.

Headcount stable
Trumpf said that its domestic market remains its largest, but sales of approximately €610 million in Germany were down nearly 20 per cent on the prior year, indicating in part the severity of the slump within the automotive sector.

At €490 million, sales to the US market dropped from €545 million a year ago. The story was similar in China, where sales of €350 million were down from the prior year’s total of €415 million.

As in previous downturns, which Trumpf has used to re-train its workforce and invest in new technologies, the company has kept its global employee headcount stable thus far. Its total of 14,300 employees is down only slightly from last year’s figure of 14,500.

The company will present more details about its finances and outlook, including figures for profitability and its industrial laser business, when it produces its full annual report in the autumn.