ASML on course for record year despite Intel drag 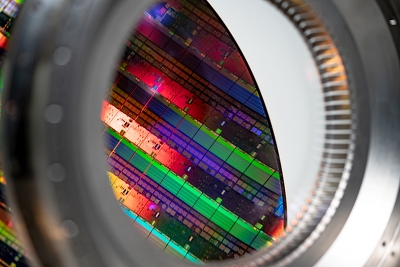 Chips with everything: ASML shrugs off Covid disruption

Lithography equipment giant ASML has posted higher-than-expected sales of €4 billion in its latest financial quarter, after shipping ten of its laser-driven extreme ultraviolet (EUV) tools during the period.

That sales total beat the company’s earlier forecast of between €3.6 billion and €3.8 billion for the three months ending September 30, with CEO Peter Wennink pointing out that ASML had been able to recognize revenue on 14 EUV tools in the quarter.

“We have seen no major disruptions due to Covid-19 during the last quarter,” he said, with the company now set to deliver yet another year of record sales, despite the disruption caused by the coronavirus pandemic.

Now projected to exceed €13 billion, 2020 sales are set to eclipse last year’s record total of €11.8 billion - and to continue the upwards trajectory next year.

"For 2021, we expect low double-digit growth,” predicted Wennink. “There are of course uncertainties due to the macro environment, including the economic impact of Covid-19 and geopolitical developments.

“However, the secular end market drivers are still in place (such as 5G, AI and high-performance computing) which fuel demand for advanced process nodes both in logic and memory, requiring advanced lithography.”

EUV-powered iPhone
One example of the kind of applications fueling the latest demand comes in the form of Apple’s newly launched iPhone 12, the company’s first to support 5G connectivity. Apple said that its “A14 Bionic” chip was the first in the smart phone industry to be made using 5 nm fabrication - a process that relies on EUV patterning.

Boasting that the chip was “generations ahead of the competition”, the company pointed to advantages in terms of speed and efficiency, as well as the chip’s ability to enable applications including console-quality gaming and computational photography in tandem with good battery life.

While the latest quarter saw a surge of EUV tool shipments, ASML’s CFO Roger Dassen indicated that this would slow down for the rest of 2020. So far this year ASML has shipped 23 such systems, with another four ordered in the latest quarter.

“If I look at the full year, we are going to be a few systems shy of 35,” Dassen admitted, pointing to issues with key customers being ready to accept the tools, and with the rate at which chip manufacturers are transitioning to the more advanced manufacturing nodes that require EUV. 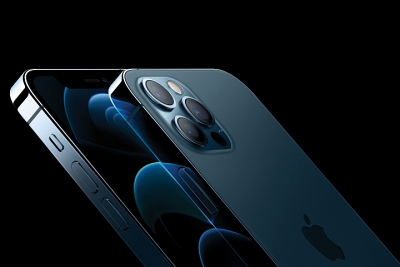 Intel, China complications
One of those issues is believed to relate specifically to Intel, with the Californian chip maker saying back in July that it was around six months behind schedule with its latest production ramp.

Dassen and Wennink also drew attention to further uncertainty surrounding “geopolitical developments” - widely understood to refer to the ongoing tension between the US and China, and the export of chip manufacturing equipment to Chinese companies in particular.

According to reports, new US trade curbs on exports to companies like Shanghai-headquartered Semiconductor Manufacturing International Corporation (SMIC) mean that ASML must now apply for a license to sell any parts directly from the US.

Though careful not to mention SMIC specifically, Dassen said that “for specific Chinese customers” the new regulations mean that ASML will be able to ship deep-UV lithography systems from the Netherlands to customers in China without the need for an export license.

“But as it relates to parts or systems that are being shipped directly from the US to such customers, we would need to obtain an export license for that,” the CFO explained.

Firing on most cylinders
Regardless of those complications, ASML still expects sales to China in 2020 to amount to around a billion euros, up by 25 per cent on last year’s total.

Looking to next year, Dassen said that ASML was expecting the overall business to grow at low-double-digit rates, an indication that annual company revenues would likely approach €15 billion.

That would be powered largely by a predicted 20 per cent uptick in EUV-related sales. Assuming an average selling price in the region of €150 million, the sale of 40 such tools next year would equate to revenues of some €6 billion.

“The longer term drivers of our business are clearly still there,” confirmed Dassen, echoing his CEO’s comments. “If you look at the secular trends in our end markets, so you look at AI, you look at high-performance computing, you look at all the developments around 5G. You know, they’re running on all cylinders.”

• Following the latest update, ASML’s stock price traded down very slightly. However, at around $400 on the Nasdaq, the stock remains close to all-time highs, and equates to a market capitalization in the region of $170 billion.