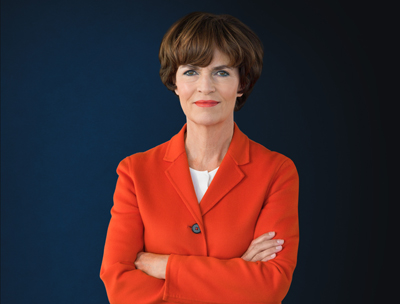 High power laser and machine tool behemoth Trumpf Group has reported a renewed increase in sales in its 2018/19 fiscal year that ended June 30, 2019, but orders received and profits declined. Sales rose by 6.1 percent to €3.8B (€3.6B in the prior year).

In addition to what Trumpf calls its “high backlog of orders from the previous year”, the expansion of the extreme ultraviolet (EUV) business sector was a key driver of the Group’s growth in sales revenue. Trumpf supplies special lasers to significant client ASML, in the Netherlands.

These lasers are integrated into systems that use EUV radiation to expose chip surfaces for the computer industry. Sales revenue from this business climbed to €390M in the year under review (prior year: €260M), a rise of 48%. EUV consequently accounted for a “significant” share of Group revenues.

The Machine Tools and Laser Technology business divisions were, by contrast, unable to maintain the high growth rates achieved in the previous year. Revenues for the Machine Tools division rose by a slight 1.2 percent to €2.4B. The Laser Technology division posted revenues of €1.4B, down -2.1% on the prior year. This decline was due to the slowing market in Asia (in particular in China and South Korea) as well as to the automotive industry’s reluctance to invest.

Nicola Leibinger-Kammüller, Trumpf President and Chairwoman of the Managing Board, commented, “As a company operating in the investment goods sector, we are particularly exposed to the impact of cyclical highs and lows. That is currently the case. Given the uncertainty due to the US-China trade conflict and the structural change in the automotive industry, many customers have become more cautious and are postponing investments.”

As in previous years, Germany was Trumpf’s largest individual market with sales steady at €721M. Sales revenue in the United States, the company’s second-biggest market, grew by 23% to €547M (prior year: €444M). At around €460M, the Netherlands is the third-biggest individual market due to the good development of EUV business, followed by China at €415M (previous year: €457M).

Considering mergers and acquisitions, in the past year Trumpf has further pursued its strategy. As of April 1, 2019, the company completed the buy-out of Philips Photonics, which it had announced in December 2018.

At the same time, the company set up a new business field, called Trumpf Photonic Components. Then in May 2019, Trumpf acquired the remaining shares in Chinese subsidiary JFY. To reflect this change, it has introduced a new organizational structure with a CEO China.

The company is also intending to achieve a CO2-neutral energy balance at its production sites worldwide by the end of 2020. By its own reckoning, the company currently emits around 90,000 metric tons of CO2 each year. Of this, 80% is accounted for by electricity consumption. The company is now pursuing a policy of concluding further green power contracts and purchasing certificates under carbon trading schemes to offset emissions.

The latest annual report states, “Between now and June 2021, Trumpf intends to invest some €6.4M in improving energy efficiency, for example by using its own cogeneration or photovoltaic plants to generate electricity. Other areas of improvement include process optimization, generation and distribution of cooling energy, and lighting systems.”