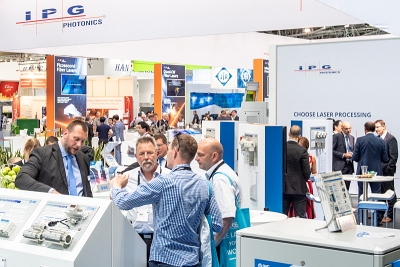 IPG Photonics, the market leader in high-power fiber lasers for industrial applications, has posted another decline in sales as the impact of the coronavirus on the photonics business becomes more apparent.

At $307 million, the Oxford, the Massachusetts-headquartered company’s revenues slipped 7 per cent year-on-year. However, when the additional business contributed by recent acquisition Genesis Systems is taken into account, the downward trend appears more stark.

IPG said that sales of high-power continuous-wave lasers, the multi-kilowatt sources for which the company is best known, were down 15 per cent year-on-year.

CEO Valentin Gapontsev indicated that IPG would respond to the various challenges facing the company partly by exploiting its strong competitive position.

“The global macroeconomic backdrop and the competitive landscape in China both remain challenging,” he told investors. “However, we are responding with product cost reductions and differentiated new features and accessories for our core products.”

Coronavirus disruption
Stressing that IPG’s high research and development spending was having a significant positive impact on sales and profit margins, Gapontsev went on to describe how the novel coronavirus had disrupted business in China just as things had started to improve.

“Prior to the government-extended Lunar New Year holiday, there were signs that business in China was firming, with order flow having picked up in December and January,” added IPG’s CFO Tim Mammen in a conference call with investors.

“However, ongoing business disruption related to the novel coronavirus outbreak makes forecasting our business in China and the impact on global demand very challenging at this point. China is a large and important market for IPG, with repercussions for other markets, and we continue to monitor the situation closely.”

Right now, IPG is estimating that the disruptive effect of the coronavirus will hit sales by around $45 million in the current quarter. Although Mammen stressed that no orders had been cancelled as a result of the outbreak, he added that it was impossible to be more definitive about the impact while news on the occurrence and global spread of coronavirus was changing on a daily basis.

The current estimate suggests that for the three months ending March, IPG is likely to post sales of between $220 million and $250 million.

While that outlook is subject to a good deal of uncertainty with regard to the future spread of the novel virus in China and elsewhere, when combined with the increasingly competitive landscape and ongoing tensions between the US and China, the short-term impact on IPG’s business looks stark.

At the mid-point of IPG’s projection, $235 million, sales in the March quarter would represent a decline of 25 per cent on the same quarter in 2019, and 35 per cent lower than the same period in 2018.

Rare net loss
The impact is showing on the company’s bottom-line performance too. While IPG remained strongly cash-generating even in the latest quarter, on paper it posted its first net loss since the global credit crisis more than a decade ago.

For the full year, IPG’s sales declined 10 per cent to $1.31 billion - the first time that has happened since 2009. Bright spots during the latest year included fast-rising sales of the firm’s ultrashort pulsed lasers for glass and ceramics processing, as well as thulium-based sources for urology applications, and IPG’s six-color laser system for cinema projection.

Sales of higher-power lasers also grew sharply; those with an output of 10 kilowatts or more were up 30 per cent year-on-year.

But those all represent relatively small parts of the IPG business right now, and the company posted net income for the full year of $180 million - less than half the $404 million it delivered in 2018.

• With financial markets appearing to anticipate the likely impact of the coronavirus, IPG’s stock price fell only slightly in early trading February 13, shortly after the latest results were released.

At just under $140 on the Nasdaq, IPG’s market capitalization stood at around $7.6 billion. The company also holds more than $1 billion in cash and short-term investments, alongside negligible debt.