Atlas hoping to create "global leader in machine vision" with Isra at its center. 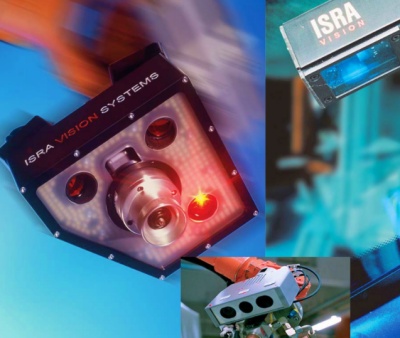 'Customers want a higher level of automation and quality control.'

Atlas Copco, which makes compressors, vacuum pumps and industrial tools, said it would offer €50 per Isra Vision share, a premium of 43% above the German company’s closing share price on Friday, February 7th.

The bid is fully supported by Isra Vision’s management board and supervisory board, and by this purchase Atlas Copco secures around 35% of Isra's shares via “irrevocable undertakings and a share purchase agreement.”

Darmstadt, Germany-based Isra specializes in surface inspection and 3D vision systems for robot guidance, quality inspection and metrology. It reported a 2018/19 operating profit of around €34 million on sales of €154 million.

Henrik Elmin, head of Atlas Copco’s Industrial Technique business told news agency Reuters, “This is about strengthening our competitiveness long-term. We see that customers want to implement a higher level of automation and quality control on the production lines, and machine vision is a critical technology for that.”

Elmin added that “Atlas Copco’s main focus would be on expanding Isra Vision’s business as its operating margin of 22% was at a good level.”

Isra released a statement on the deal, which said, “For us, this strategic partnership not only represents a way to further accelerate the growth and innovation path of the company but also the favourite succession plan for our founder and CEO Enis Ersü.”

Ersü will stay on as CEO for partnering and integration. He said, “Customers will benefit from a continued strong focus on innovation and related investments in research and development as well as a strengthened worldwide service network.”

Furthermore, Isra's global presence and locations will be continued as well as the planned extension of the firm’s headquarters in Darmstadt. Both parties declared "a clear commitment to further grow the business to the benefit of customers and employees alike."

Strengthening its focus on industrial automation, Atlas Copco aims to create a global leader in machine vision with ISRA as nucleus. Shares in Atlas Copco, Sweden’s biggest company by market value, were up 0.6% in early trading Monday, while Isra Vision rose 44.5%.