Jenoptik says it remained on growth path in 2019

“Past fiscal year was once again the best in the company’s history in terms of revenue and earnings” – CFO. 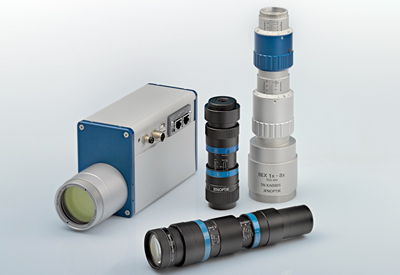 Despite what the company called "difficult economic conditions", Jenoptik continued to grow in 2019. According to its provisional calculations, group revenue grew 2.5 percent to around €855 million in the past fiscal year (2018: €834.6 million).

The “solid performance” was mainly driven by strong demand from the semiconductor equipment industry, Jenoptik noted, and the acquisitions completed in 2018. On a regional level, the Americas saw the strongest growth.

Dr. Stefan Traeger, Jenoptik’s President & CEO, commented, “In spite of the overall economic slowdown, demand in key parts of our business improved as expected in the second half of 2019 compared with the two prior quarters.

“As a result, and including the export license for Vincorion granted at the beginning of October, we were able to meet our targets and actually increase the profitability of the Jenoptik Group more strongly than expected.”

Due to major projects in the defense and traffic safety businesses in the fourth quarter of 2019, the company achieved a sharp rise in order intake compared to the prior quarters of the year. For the full year, the Group received orders worth around €813 million. The decline of around 7 percent was primarily “due to a large order in the semiconductor equipment business booked at the end of 2018, and a softening in the automotive sector”, the company stated.

Hans-Dieter Schumacher, CFO, commented, “The past fiscal year was once again the best in the company’s history in terms of revenue and EBITDA, despite difficult economic conditions. With an EBITDA margin of around 15.7 percent we exceeded our expectations slightly – in particular due to a strong final quarter.”

And Traeger added, “We are on the right track with our strategy, that is a stronger focus on the photonics markets, the initiatives launched for more innovation, and a greater international presence, to achieve lasting profitable growth for the Jenoptik Group.”

In view of the order intake development in the fourth quarter, and an ongoing positive development in the semiconductor equipment business, the Jenoptik AG Executive Board anticipates further growth in the present fiscal year. The final figures and the 2019 Annual Report will be published on March 25, 2020.