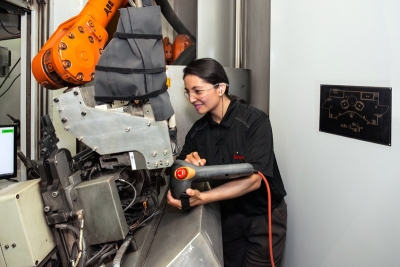 At $329 million, the Oxford, Massachusetts, company's revenues dropped 8 per cent year-on-year, with net income of $57.3 million down from last year's $100.5 million.

That, plus an outlook indicating a further sales decline to between $275 million and $300 million for the December quarter, saw IPG's stock price slip back more than 10 per cent in early trading October 29.

Hiring freeze
As competition increases at the lower-power end of the fiber laser product range, particularly for cutting metal, IPG is looking to differentiate itself with higher-productivity lasers, and a greater exposure to more complex applications that require more advanced laser technologies.

In the short term, however, the company is looking to cut costs and plans to trim its workforce by just over 300, equivalent to around 5 per cent of its total headcount. The move, accompanied by a hiring freeze and plans to consolidate some smaller facilities, is set to save IPG approximately $30 million in annual expenses.

"In response to the current business environment, we initiated certain expense reduction initiatives during the quarter and continue to assess our cost structure," said IPG's long-serving CEO, Valentin Gapontsev.

"In addition, we are responding with a multi-pronged strategy of product cost reduction, implementing differentiated features on our core products, and leveraging the largest research and development investment in the laser industry to launch leading-edge laser products for new markets."

CFO Tim Mammen added that the ongoing trade war between the US and China was still having a negative impact on overall demand, telling an investor conference call: "The trade war and tariff issues continue to make decision-making uncertain."

Geographically, the US remains the brightest location for demand, with laser sales holding up well. But that contrasts sharply with sales to China down 24 per cent on last year, and continued weakness across Europe, Turkey, and Japan.

And the company's stock price has followed the same trajectory. Shortly after IPG's executives discussed the latest results with investors it had dropped by around 14 per cent on the day, trading at just under $124 on the Nasdaq. That represents almost exactly half the company's peak valuation, achieved in early 2018.

"As widely reported, demand for industrial automation equipment remains subdued," noted Gapontsev, telling investors that aside from trimming costs the company would look to its core scientific strengths as it developed new ultra-high-power and ultrafast lasers for more demanding applications, alongside differentiated features such as a new real-time monitoring system for fiber laser welding.

"Furthermore, we intend to focus our highly trained workforce on our new leading-edge, higher-margin products as they gain market acceptance, while reducing the resources deployed to manufacture lower-margin products," the CEO added.

Gapontsev is aiming to increase the proportion of IPG's sales attributable to non-metalworking applications to around 50 per cent, a target that would greatly reduce the company's current exposure to relatively simple metal cutting machines, where commoditization is apparent at lower power levels. 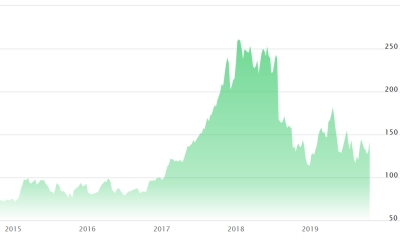 Adjustable modes
Laser welding of electric vehicle batteries is a very different prospect, however, with the IPG management team highlighting the relative complexity and diversity of processes that are needed, compared with laser cutting.

Mammen described battery welding as a "decade-long investment cycle", with Gapontsev saying that he expected the market to grow dramatically over the next couple of years - and that IPG's new adjustable-mode sources were particularly well suited for this application.

As evidence for the current level of diversity in IPG's sales, the CEO pointed to sharp growth in demand for its medical laser offering - thanks in part to US Food & Drug Administration (FDA) appoval of a new thulium laser treatment for urology - and higher sales of the company's six-color laser systems for high-end cinema.

Another bright spot is that the company has just received an order from a research laboratory in Europe for a 120 kW fiber laser, described by Gapontsev as the most powerful continuous-wave (CW) source that IPG has ever sold.

"We also took an order for a 100 kilowatt CW fiber laser for another research application," the CEO added. "These two lasers should represent approximately $6 million of revenue in the fourth quarter."