Lidar firm has also signed up new UK and Ireland distributor and is now offering two-year guarantees on sensors. 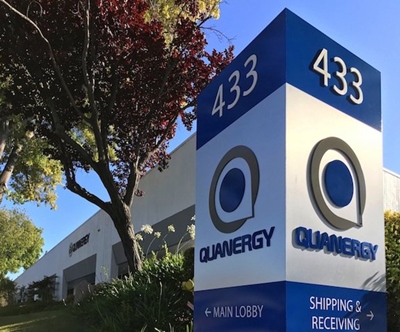 California-based lidar sensor developer Quanergy Systems says it has doubled the size of its Sunnyvale factory, and is planning for an “order of magnitude” expansion if market conditions allow.

The company says that it is adding capacity to ensure it can meet customer requirements in both existing markets as well as new growth areas including robotics and what it calls “smart spaces”.

Reliable supply
The announcement comes just a couple of weeks after Quanergy and its CEO Louay Eldada publicly refuted claims in a Bloomberg news article that the Silicon Valley firm had “lost its way” since attracting $160 million in venture funding from the likes of Delphi and Samsung Ventures, among others.

In the two weeks since the Bloomberg row, the company has announced an extended warranty period of two years on its “M8” sensors, and signed up Oprema to distribute its products for security applications in the UK and Ireland.

Now it says that it is expanding the Sunnyvale facility’s output, as part of its strategy to meet the increasing demand for the company’s products.

“Through advanced automation and the reduction of the footprint of each manufacturing line, Quanergy plans to gradually increase its production capacity at its newly expanded site by an order of magnitude, taking into consideration market conditions,” added the firm.

“The expansion comes as a result of Quanergy’s business growth as well as increased demand for the company’s lidar sensors in the transportation, security, industrial automation and mapping sectors.”

Eldada himself added: “As a growing number of industries realize the extent to which lidar technology can bring intelligent situational awareness to various applications, we have seen a dramatic increase in the demand for Quanergy’s lidar sensors.”

Hype cycle
The additional capacity is intended partly to help ensure reliable supply for its customers as demand for the technology grows. However, it also coincides with what some have characterized as a re-evaluation of the “hype” surrounding lidar for autonomous vehicle applications.

Although an estimated $750 million has been invested in lidar companies over the past five years - largely in anticipation of a potentially huge market in self-driving vehicles - market analyst Gartner’s latest “hype cycle” of emerging technologies shows autonomous driving (Level 4) officially entering the “trough of disillusionment”, and at least ten years from deployment.

With around 50 companies currently working on lidar technology, some degree of consolidation appears inevitable before long.

Unlike some of its competitors, Quanergy is targeting plenty of applications outside of the automotive sector. Some that it has highlighted recently include on-board drone sensors, passenger monitoring inside airports, and border monitoring.

The company adds that since opening its mass production facility in late 2017, its workforce has grown to 250 employees, with ongoing recruitment in technical and non-technical roles.