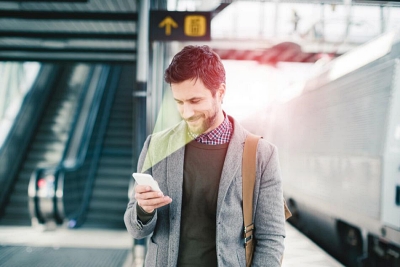 Austrian sensor manufacturer ams says that its planned takeover of lighting and photonics giant Osram should proceed as expected, despite the uncertainties thrown up by the global coronavirus crisis.

Last week the Premstaetten company, which is listed on the Swiss stock exchange, said that the all-cash deal ought to close by the end of June, while its €1.65 billion rights issue - needed to partially finance the deal - is also proceeding as planned.

Through that deal, it is aiming to create a global leader in optical sensors and photonics, with expertise across VCSELs, 3D illumination, image sensors, automotive lidar, and plenty more besides.

“The only remaining closing condition relates to the receipt of the required regulatory approvals,” said ams about the Osram deal, adding that it had now increased its direct shareholding in the Munich-headquartered company to 23.4 per cent, using its existing cash resources.

Rights issue support
Published in a prospectus dated March 13, the rights issue is said to be fully underwritten by a syndicate comprising the same banks that have backed a bridge facility of up to €4.4 billion needed to finance the deal.

That syndicate features the likes of UBS, HSBC, BofA Securities, Citigroup, Commerzbank, Deutsche Bank, Morgan Stanley, and Erste Group, with ams saying that their combined financial commitment means it has secured all the necessary funding to complete the Osram merger.

ams added that it had received positive feedback from a number of its large existing shareholders and other investors looking to participate in the rights issue, which received overwhelming support in a shareholder vote back in January.

The additional cash is needed to create a sustainable long-term capital structure suitable for supporting the combined businesses of ams and Osram, compared with ams’ much smaller profile - and should also provide a significant buffer in the midst of the coronavirus crisis.

On that front, the Austrian firm says it already benefits from a resilient cash flow profile and adjustable cost base to battle the uncertainty. “This, in combination with a strong liquidity position, ensures flexibility to address any immediate disruptions caused by Covid-19,” it added.

Q1 sales still on track
ams also said that it was still expecting its first-quarter sales to meet its earlier forecast of between $480 million and $520 million. That would represent a drop from the record-breaking total of $655 million reported for the closing quarter of 2019 - although one that is entirely in line with the seasonality of the company’s key markets.

“We are more convinced than ever of the compelling strategic logic and value creation potential of combining ams and Osram, based on our ongoing interactions with Osram to prepare for post-merger integration,” remarked ams’ CEO Alexander Everke in the company’s March 19 relese.

“This logic is unaffected by the current capital market and end market environment attributable to Covid-19,” Everke added. “We continue to receive positive feedback from our shareholders regarding the strategic rationale and the capital increase.”

• That ams announcement came shortly after Osram said the impact of Covid-19 meant it would not be able to meet its financial targets for 2020.

“Given the unprecedented operational and financial challenges posed by the spread of Covid-19 and the uncertain developments in the coming weeks, the economic impact of the pandemic on Osram...can neither be adequately determined nor reliably quantified at this time,” stated the German company.

It cited the increasing number of production shutdowns by Osram customers, and the ongoing disruption impacting global supply chains - in particular that of the global automotive industry, which represents a major element of Osram sales.

That will also hit demand at Osram Opto Semiconductors subsidiary, one of the world's largest producers of LEDs and laser diodes.

Among the measures now being taken by the company is a consideration of short-time working at those locations that are particularly badly affected, and the temporary closure of some of its own production facilities.