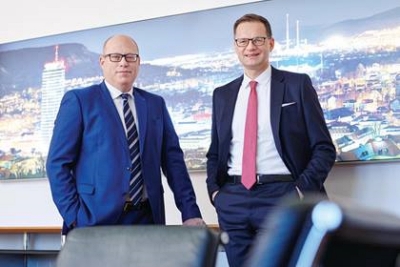 Jenoptik is reviewing its planned shareholder dividend payment amid the global coronavirus crisis, and says it is unable to provide a financial forecast for the year at present.

However, the German firm, one of the largest in the optics and photonics sector, indicated that its major markets in capital goods and semiconductor equipment should be much less affected by the crisis than consumer and automotive sectors.

In a statement mostly outlining the company’s financial performance in 2019, CEO Stefan Traeger said: “Jenoptik provides its products and services primarily for the capital goods market, which in our opinion should be less affected than consumer goods segments.

“We also foresee only little impact on the project business with public customers of the Light & Safety division and of Vincorion. Our semiconductor equipment business is also not much affected at present.

“But we see significant impacts, especially in the automotive sector, due to longer lead times for projects, postponements and noticeable effects in the supply chains.”

Auto slump
The automotive sector had already proved to be a drag on Jenoptik last year, with the company reporting a reluctance by vehicle manufacturers to invest amid slack demand prompted by global trade tensions.

While that hit Jenoptik’s order intake in 2019, the Jena-headquartered firm was able to confirm the record annual sales figure of €855 million, which it had provisionally reported last month.

That represented an increase of 2.5 per cent on the 2018 total, with earnings before interest and taxes down slightly at €89 million.

“As we had expected, demand improved across key sections of our business in the second half [of] 2019, allowing us to achieve our targets and boost profitability,” noted Traeger. “We owe this, in no small part, to the commitment of our employees. But it also shows that we are well positioned in relevant markets with our range of products and services. This will allow us to continue our company’s success story.”

Of the company’s three business divisions, the “Light & Production” unit grew fastest in 2019, with sales up nearly 9 per cent year-on-year at €229 million. However, that was largely due to contributions from newly acquired companies, with metrology and laser materials processing sales impacted by the automotive sector’s decline in the second half of the year.

AGM feasibility
Jenoptik’s largest division, “Light & Optics”, posted a 4 per cent increase in sales, which reached €350 million for the year. That was largely thanks to momentum in the semiconductor sector, which again helped to offset the drag from the automotive market.

The company’s smallest division, “Light & Safety”, was the only one to report a fall in sales, which dropped 7 per cent to €109 million. The remainder of Jenoptik’s sales are generated by Vincorion, which mostly makes power supplies and related equipment for defense applications, rather than optics and photonics products.

In his letter to shareholders inside the company’s 2019 annual report, Traeger admitted to being very disappointed that the planned sale of Vincorion had been abandoned in January - a decision he said had not been taken lightly.

“Vincorion will now operate as an independent investment of the [Jenoptik] Group, separate from our photonics activities of the Jenoptik brand,” the CEO wrote.

In the same letter, written some weeks ago, Traeger had touched on the initial negative impact and unpredictable outcomes of the coronavirus outbreak, before it had escalated into the current global health emergency.

Jenoptik’s executives had planned to propose a shareholder dividend of €0.35 per share at the company’s forthcoming annual general meeting (AGM). However, with current restrictions on meetings in Germany and elsewhere, the company must first establish the feasibility of hosting that meeting.

“At the moment, the highest priority of the Executive Board is to keep the operational business processes running, and to continue to enable strategic investments in the future development of Jenoptik towards a focused technology group in optics and photonics,” stated the firm.