Deal has passed key 55% acceptance threshold, but crucial vote and regulatory hurdles still to be overcome. 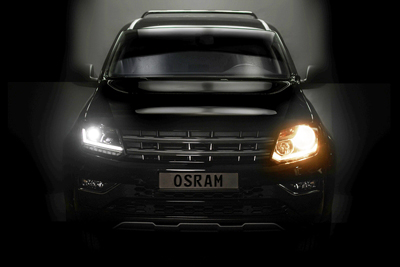 Nearly 60 per cent of Osram shareholders have now signed up to the €4.5 billion takeover bid tabled by the Austrian sensor firm ams.

ams revealed on December 11 that 59.3 per cent of the shareholders had accepted the deal, and that an extended acceptance period would now run until December 24.

Although it means that the crucial 55 per cent acceptance threshold set by ams has been reached, there are still a number of obstacles to overcome before the all-cash deal can be concluded.

After the threshold acceptance level was reached last week, Osram’s CEO Olaf Berlien said: “What is important now is to create a world-class photonics and sensors champion together with ams.”

According to the “business combination agreement” outlined by the two firms, ams has made extensive commitments towards Osram’s employees and production facilities, particularly in Germany, where the IG Metall union has criticized the merger plan.

Part of that is a commitment to rule out “merger-related” layoffs in Germany until the end of 2022, while former Siemens executive Brigitte Ederer is acting as an independent monitor to oversee the agreement.

Controversy
Although significantly smaller than Osram, ams eventually won a bidding war for the company that had been initiated by private equity firms Bain Capital and The Carlyle Group. ams’ first attempt, at €38.50 per share, did not convince enough Osram shareholders for the deal to proceed, but the Austrian firm then tabled an improved offer of €41 per share, tied to a lower acceptance threshold.

In the days leading up to the December 5 tender deadline, it was unclear whether ams would convince enough of the financial institutions that make up much of the Osram shareholder base to sign up to the deal. According to a Reuters report just two days before the deadline, it had only been offered 29 per cent. By deadline day, that had risen to 39.8 per cent.

But after embarking on a “roadshow” to meet shareholders in New York and London, banks and hedge funds including Morgan Stanley, Citigroup, and JP Morgan Chase signed up to the offer and it passed the threshold level.

According to another report, in the Financial Times ($), the second bid has proved controversial, as it exploited a legal loophole to get around the mandatory cooling-off period that would normally follow a failed bid.

It is said to have caused an outcry from IG Metall, and prompted authorities in Germany to review takeover regulations in the country.

Regulatory hurdles
Regardless of all that, Osram’s management has said that it sees a number of opportunities arising from the ams merger - especially with regard to its Opto Semiconductors business unit, which develops and manufactures components like LEDs, laser diodes, and photodetectors.

“The merger with ams will enable the LED sector to benefit, among other things, from the development of innovative sensor and photonics solutions and the use of established access to customers,” stated Osram, with ams’ CEO Alexander Everke saying that the company fully supported Osram’s ongoing transformation from a maker of traditional lighting products into a high-tech photonics company.

However, the deal must still clear a number of hurdles before it goes ahead. The Financial Times report states that Osram shareholders still need to vote in favor of ams taking control of the company at an emergency meeting scheduled for January.

In addition, the merger remains subject to various antitrust and foreign trade approvals.

“Compliance with these regulatory steps and legal approvals as well as organizational coordination [is] expected to take until summer 2020,” says Osram. “In the second half of 2020, the necessary steps could then be taken to merge the two groups.”