CEO of lighting technology giant says that employees in German factories would be protected from merger-related layoffs for three years. 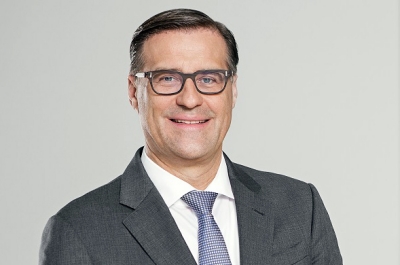 Executives at Osram, the lighting giant in the midst of a transition into a photonics-focused technology firm, have recommended that its shareholders accept the latest takeover offer proposed by the Austrian sensor firm ams.

The all-cash deal, priced at €41 per share and valuing Osram at €4.5 billion, was proposed by ams after its initial bid of €38.50 per share failed to win enough shareholder support to progress. Rival bids for Osram from private equity suitors now appear to have fallen by the wayside.

Osram’s shareholders have until December 5 to accept the latest offer, with at least 55 per cent support required for the takeover to proceed.

Employee protection
A new “business combination agreement” signed by the two companies is now said to protect employees at German production sites for a minimum of three years, until the end of 2022.

"After intensive negotiations, we have agreed on many decisive framework conditions for the future of Osram and our employees," said Osram’s CEO Olaf Berlien, also describing the layoff protection agreement as the most important thing to have been agreed in a deal offering “substantial improvements” for employees.

Other key elements include maintaining half of the leaders of the company’s corporate functions and “a significant part of their respective teams” at the current Osram headquarters in Munich, while the long-standing Osram brand is set to be maintained in a new company name - assuming that the takeover is approved.

ams’ CEO Alexander Everke said in a separate release that the new agreement defined a “collaborative framework” intended to ensure the successful creation of a “global leader in sensor solutions and photonics”.

Berlien also noted the appointment of former Siemens executive Brigitte Ederer as an independent monitor of the takeover process as a positive development.

Eventful year
Meanwhile, the extent of the challenges facing Osram were laid bare in the company’s latest financial results. Osram swung to a net loss of €213 million as revenues dropped 5 per cent year-on-year, to €924 million. It was also forced to write down the value of its joint venture with car parts giant Continental by €170 million, admitting that it will not now generate the kind of profits previously expected.

For its full 2019 financial year, which ended in September, Osram posted sales of €3.46 billion - down 13 per cent on fiscal 2018. The company’s cost-cutting measures have already seen the company’s headcount drop by close to 3000, equivalent to just over a tenth of the workforce.

That fall in sales was attributed to particularly weak demand in China, alongside the travails of the global automotive industry, a market that Osram has long been associated with. Revenues generated by the company’s automotive division were down 8 per cent in fiscal 2019, at €1.8 billion, while the Opto Semiconductors business unit suffered an even sharper contraction of 16 per cent.

"We've had an eventful year,” quipped CEO Berlien. “Nevertheless, the transformation to a photonics company is progressing."

The planned takeover by ams notwithstanding, he and his executive team are hopeful of a year of “stabilization” in 2020, projecting flat revenues amid what they called a “restrained” economic environment.

Answering questions during an investor conference call discussing the results, Berlien said that he expected two of the company’s key markets - automotive and semiconductors - to star rebounding in the second half of 2020.

But before that happens some more cost-cuts appear to be in the pipeline. “Further structural adjustments are necessary due to the economic development and the ongoing technological change,” announced the firm. “Discussions are currently taking place with the committees concerning this matter.”