Glass giant warns that disruption in displays and communications sectors will hit sales in current quarter. 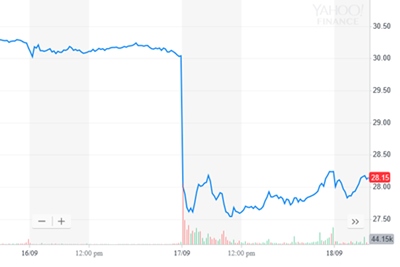 Corning’s stock price fell more than 6 per cent September 17 after the maker of glass and optical fiber warned that sales would drop by more than expected in the current quarter.

Two of the company’s key business segments are being hit by events beyond Corning’s control. Within the displays sector, where Corning is a key supplier of glass screens used in smart phones – notably Apple products – several panel manufacturers are said to have reduced fab utilization below previously anticipated levels.

As a result, Corning says that its display-related sales will decline by nearly 10 per cent compared with the June quarter's total of $848 million.

In addition to that, the communications sector is slowing as major carriers further reduce capital spending on cable deployments and fiber-to-the-home projects below prior expectations.

Cost-cutting to follow
The upstate New York company had already been expecting a slight slowdown in the current quarter, but now says that its communications business will be down more than 10 per cent on last year’s September quarter.

And while the full-year outlook for Corning’s displays-related business remains unchanged, 2019 sales into optical communications are now forecast to decline by 3-5 per cent. That compares with prior expectations of an increase of similar magnitude.

To put that into context, Corning’s optical communications unit posted full-year sales of $4.2 billion in 2018 – suggesting that sales in 2019 will be up to $400 million lower than the company had been anticipating. Such a decline would contrast sharply with last year’s 18 per cent increase.

Adding that it now expected both carrier and enterprise network sales to decline year-over-year in the second half of 2019, Corning is set to cut costs in rapid fashion.

“These actions include capacity adjustments in Display and Optical Communications, reductions in operating expenses, and pacing of capital projects,” announced the firm.

Following the update, Corning’s stock price sank nearly 10 per cent in early trading September 17, before recovering somewhat to end the day down around 6.5 per cent – equivalent to wiping $1.5 billion off the value of the NYSE-listed company’s market capitalization.

Corning is scheduled to reveal its third-quarter 2019 sales October 29, when it will also update investors on its expectations for the full year. 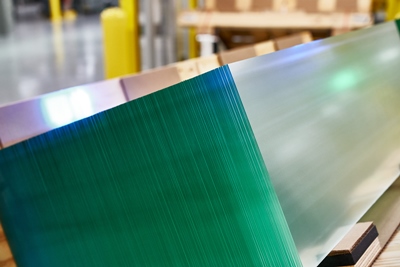 Made in the US: Corning's iPhone glass

Intended to help foster and support innovative production and high-skilled jobs in the US, Apple has earmarked $5 billion for the fund, of which it has so far spent around $1 billion. Corning had previously been supported through the fund, winning $200 million in May 2017.

Glass for every generation of the iPhone has been produced at Corning's plant in Harrodsburg, Kentucky. The latest iPhone 11 design is said to feature the toughest glass ever seen in a smart phone, as well as a back that is machined from a single piece of glass, to permit wireless charging.

Other beneficiaries of the US manufacturing fund include photonics component maker Finisar, which has received $390 million in support for production of VCSEL array components used in the iPhone's "FaceID" facial security application.