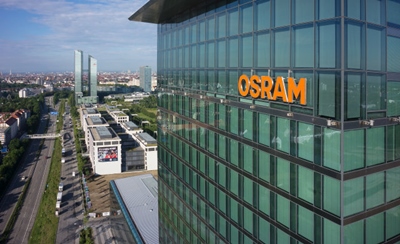 Osram’s executive board and workers’ representative group have reached starkly different conclusions about the potential takeover of the business by Austria-based sensor firm ams.

While the executive board have decided to recommend ams’ offer to shareholders, believing it could transform Osram from an LED lighting firm into a much more diversified photonics powerhouse, the group works council has rejected the offer.

“Overall, the management board and the majority of the supervisory board regard the strategy pursued by ams as promising in many respects, particularly with regard to the further development of the Opto Semiconductors business unit,” announced Osram in its official response to the ams proposal, which at €38.50 per share represents a 10 per cent premium on a rival offer from private equity pairing Bain Capital and The Carlyle Group.

“By merging with ams, this business unit could benefit from the development of innovative sensor and photonics solutions, and the use of established customer access, among other things,” added the Munich-headquartered firm.

Bones of contention
But the works council sees a number of problems, and says that the various risks and disadvantages – in particular to employees – means it is urging shareholders to reject the offer.

“We believe that ams is not able to integrate a company like Osram,” it stated, reasoning that although the Austrian company has grown rapidly in recent years, it has no experience taking over companies the size of Osram, which is three times larger than ams. “We believe that the plans of ams put the company at risk.”

The works council adds that the takeover offer makes it clear that ams is primarily interested in Osram’s technological expertise in optical semiconductors, and claims that public statements guaranteeing employment protection are not quite all they seem.

It said: “Although ams stated that it would guarantee the continued operation of Osram’s existing sites, this would include neither a legally binding and enforceable undertaking not to dismiss employees for operational reasons, which is typically assumed in takeovers of this kind for some period of time, nor a guarantee that the business units would be maintained. In the light of this, there is, contrary to public statements, no protection of employment.”

“There is no concept for continuing the operation of the existing sites, in particular for the traditional automotive business,” stated the works council. “ams announced the intended move of business from the site in Malaysia to the Regensburg site, which would be welcomed by the permanent workforce. However, we have serious doubts whether this transfer of business makes economic sense and will be successful.”

‘Cynical and demotivating’
And although ams has said that it will maintain some form of headquarters in Munich, the works council contends that with the combined companies’ senior management becoming concentrated at ams’ Premstätten, Graz, location, it expects the main elements of Osram’s Munich operation to be dissolved.

“The commitment to leave the human resources department at its location in Munich is, in the light of the job cuts at Osram announced by ams, cynical and will have a demotivating effect on the employees at Munich,” it said.

Along with its suspicion that much of the €300 million of “synergies” identified by the ams proposal will in fact represent nothing more than job cuts, the works council has deeper concerns about the plan by the Austrian firm to burden it and Osram with debt in order to complete the €4.2 billion deal. In fact, it has already proposed an alternative arrangement:

“The fact that ams was not prepared to negotiate a merger among equals shows the unacceptable motive behind the [ams] offer: ams wants to dominate Osram, and to push through its technological ideas without having regard to the assets and capabilities of Osram.”

Exactly whose advice the Osram shareholders decide to follow remains to be seen. To progress, both the ams and private equity offers require support from a significant majority of the company’s ownership (ams has reduced its level from 70 per cent to 62.5 per cent) before the “acceptance period” ends at midnight on October 1.