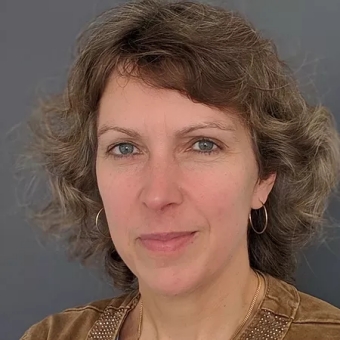 Scintil Photonics, a Grenoble, France, startup working on fully integrated silicon photonic circuits - including laser integration - has raised €4 million in its first round of venture funding.

Scintil, whose technology draws on more than 15 years of research into indium phosphide/silicon lasers, silicon photonics, and 3D packaging carried out at CEA-Leti, says that the money will be used to develop prototype 800 Gb/s transceiver circuits, in collaboration with commercial semiconductor foundries.

The fabless firm will target strategic customers in the data center market, while looking to further strengthen its existing research and development partnerships with CEA-Leti and the University of Toronto in Canada.

Management team
CEO Sylvie Menezo, who was previously head of the silicon photonics laboratory at CEA-Leti and coordinated Horizon 2020 projects including COSMICC and FABULOUS, established Scintil as recently as November 2018.

The company received early seed finance by virtue of winning the "i-Lab 2018" startup competition hosted by Bpifrance, and is also taking part in this week's European Conference on Optical Communications (ECOC) event in Dublin, Ireland. It is currently hiring for several positions.

The Scintil management team is rounded out by chairman Pascal Langlois, the former CEO of Tronics Microsystems - another startup incubated at CEA-Leti - and chief commercial officer Yannick Paillard, who worked in a variety of roles over two decades at chip maker ST Microelectronics.

She sees the technology opening up applications not just in the obvious area of optical communications, but also in computing and sensing - including lidar. "We look forward to engaging with prospective customers and demonstrating the functionality and performance enhancements that Scintil Photonics can bring," Menezo added.

"With this first funding round, Scintil will be able to have its demonstrator and prototype circuits manufactured in commercial foundries, which will greatly accelerate our time to market.”

Energy drain
One of the key attractions in the hybrid circuit technology is the possibility of improving the electrical efficiency of data centers, an increasingly significant drain on global energy consumption.

Christophe Desrumaux, investment director at Supernova Invest, said in a company release: "We firmly believe in Scintil Photonics’ ability to implement the seamless integration of III-V semiconductor material on silicon.

"In particular, the collective manufacturing of lasers, reducing the cost of mass-producing fully integrated photonic circuits while improving the energy efficiency and other critical parameters, is a key differentiator in penetrating the market [for] data center transceivers and sensors."