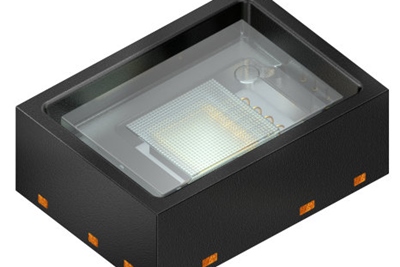 Osram managers say they are yet to see any signs of recovery in the lighting firm’s key markets, after announcing a net loss of €35 million for its third fiscal quarter, ending June 30.

With revenues down sharply on the same period last year, Osram has already taken significant cost-cutting measures to mitigate the downturn. The company has cut 2400 jobs, including 1500 from its photonic device focused Osram Opto Semiconductors division.

And while that has helped stem the losses - for the March 2019 quarter Osram had posted a loss of €91 million - the outlook still looks tough.

“The third quarter showed no signs of revival for Osram,” was the Germany-headquartered company’s stark assessment of the current situation, as it posted sales of €850 million, down 15 per cent year-on-year.

Auto decline continues
CEO Olaf Berlien told investors that demand was impacted by a particularly weak automotive market in China. Munich-based Osram’s fortunes have long been closely aligned with the fortunes of the wider automotive sector.

And with market analyst IHS now anticipating around a 10 per cent decline in global vehicle production (to around 91 million) this year, Osram is feeling the full effect of the slump.

“We are still facing a challenging environment in our core markets, and as of today we see no signs of recovery,” Berlien reiterated in a call with investors. “Global economic indicators continue to slow down. The automotive sector in particular remains on a sharp decline.”

While the CEO and his colleagues say that the ongoing economic turbulence makes any medium- or long-term forecast impossible right now, they have maintained their expectation that Osram’s full-year sales will drop by up to 14 per cent compared with last year.

Silver linings
Despite the generally gloomy picture, the Osram executive team did outline some bright spots. Among those are healthy demand for lasers used in biometrics applications, and demand for LEDs from the horticultural sector.

The company adds that it is making good progress with its plans to ramp fabrication of VCSELs, following the acquisition of manufacturer Vixar just over a year ago.

Those devices are now said to be in volume production, with Osram claiming a number of design wins. While the smart phone market is another in the midst of a slowdown right now, the anticipated widespread deployment of 5G networks in China next year is expected to drive adoption of new devices – many of which will include VCSEL-based security features.

Asked to comment on the current status of the planned takeover of the company by the private equity duo Bain Capital and The Carlyle Group in the light of the US-China trade dispute, Berlien and colleagues said that there was no indication of an intervention from the Committee on Foreign Investment in the US (CFIUS) or other regulators.

Earlier this month Osram’s managing board said it supported the €35-per-share, €3.4 billion offer from the Bain/Carlyle consortium – although the deal will still require approval from 70 per cent of Osram shareholders if it is to proceed.

• Shortly after posting its quarterly results, Osram announced that its "Fluxunit" venture arm had invested in Silicon Valley startup Recogni. It is developing a "vision-oriented artificial intelligence platform" for future autonomous vehicles, which is said to allow processing of lidar sensor data.

GreatPoint Ventures, Toyota AI Ventures, BMW iVentures, Faurecia, and DNS Capital, are among the others to take part in the $25 million series A financing round.