Jenoptik business steady in first half of 2019 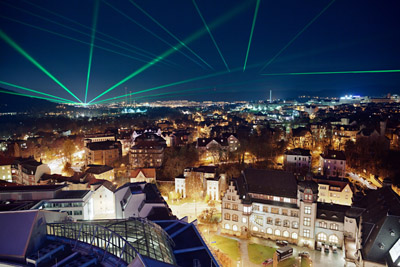 Diverse photonics and laser company Jenoptik generated revenue of €383.1 M ($428 M) in the first six months of 2019. Revenue was thus at the same level as in the prior-year period (€384.7 M). The company commented, “As expected, momentum picked up in the second quarter. When compared to the prior quarter revenue increased by 8.2 percent.”

Compared with the prior year, revenue for the months of April to June grew 2.2% to €199.1 M. This week’s financial statement said, “Key drivers of this growth were good business with the semiconductor equipment sector and a €29 M contribution from companies acquired in 2018.”

Stefan Traeger, President & CEO, commented, “I’m pleased to see that we grew in the second quarter, and managed to almost close the gap in revenue from the prior quarter.

“This was despite the fact that current export restrictions in the defense business are slowing our growth, and the strong revenue with our toll monitoring systems in the first half-year 2018 could not, as expected, be fully compensated for in our traffic safety business.”

Growth only outside Europe

On a regional level, growth was achieved exclusively outside Europe. Jenoptik registered its strongest growth in the Americas, where revenue increased a significant 27% to €104.8 M (prior year: €82.5 M), primarily due to the contribution made by Prodomax, the Canada-based automation company acquired in July, 2018. Revenue in Asia/Pacific grew by 10.9% to €48.8 M (prior year: €44.0 M).

Over the first half-year 2019, higher advance payments and preparations were made for future revenue. In addition, both inventories and contract assets rose in part due to the export ban affecting Vincorion and deliveries postponed at the request of customers.

As a result of the rise in working capital and increased capital expenditure, free cash flow fell to minus €14.6 M in the period covered by the report (prior year: €28.8 M). An increase in financial debt of €56.6 M due to the introduction of the international reporting standard IFRS 16, and a lower level of cash resulted in net debt amounting to €79.0 M (end-2018 equivalent: minus €27.2 M) . 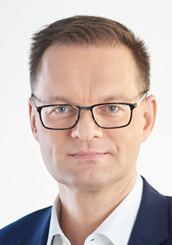 Revenue in the Light & Optics division in the first half-year 2019 came to €162.7 M, and was thus at the prior-year level (€163.3 M). Good business with the semiconductor equipment industry continued in the second quarter.

Income from operations before depreciation and amortization fell in comparison with the prior year by 9.4 percent to €32.0 M (€35.4 M), primarily due to a revenue-related margin decline in the Biophotonics and Industrial Solutions areas.

In the first half-year 2019, revenue in the Light & Production division was 45.3% up on the prior-year period, at €111.3 M (€76.6 M). Automation was the main contributor to growth. On the basis of good revenue performance, Light & Production again posted a significantly improved quality of earnings, as expected, with EBITDA of €11.9 M (€6.7 M). The EBITDA margin improved to 10.7%, compared with 8.8% in the prior year.

In the first half-year 2019, Vincorion generated revenue of €59.1 M, 27.6% down on the prior year (€81.6 M). This, in particular, was the result of the German government’s decision to extend arms export restrictions, in part due to the sanctions imposed on a number of Arab states.

The company is expecting growth in 2019. The latet statement said, “Due to the continuing reluctance to invest, especially in the automotive industry, the Jenoptik AG Executive Board now expects revenue without any major portfolio changes in a range between €850 and 860 M (previously growth was forecast in the mid-single-digit percentage range).”