Jenoptik ups revenue and earnings in first half of 2018 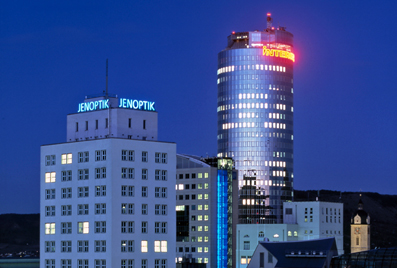 Releasing its trading results for the first half of 2018 Jenoptik has reported that its first half-year (2018) revenue was up by 10.4% to €384.7m; pre-tax earnings grew by 31.4% to €56.3m; and, following these positive achievements in revenue guidance, the Executive Board has reforecast its expectations for even higher earnings for the rest of 2018, into 2019.

“All Group segments contributed to growth in the first half-year,” commented Stefan Traeger, President & CEO of the Executive Board of Jenoptik. “Demand remains buoyant in our key markets. On this basis, and with the successful acquisition of Prodomax Automation in Canada as well as the initial steps taken to reorganize our business in Asia, we look into the second half-year with a lot of confidence.

“Therefore, we raised our revenue guidance to between €805 and €820 million in July. The management has now also raised 2018 profit targets for the combined businesses to around 15% EBITDA margin and around 11% EBIT margin on the higher revenue, including purchase price allocation impacts.”

The company attributed the first half-year revenue growth to “continuing good demand for optical systems for the semiconductor equipment industry, as well as for systems from the Healthcare & Industry area.” The statement added, “our traffic safety business sector also significantly helped to boost growth in Germany – thanks to deliveries of toll monitoring systems.” 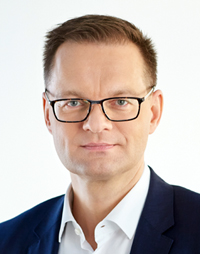 In the first half-year 2018, EBIT improved at a faster rate than revenues. At €42.8m, the operating result was 46.1% up on the prior year (prior year: €29.3m). In addition to revenue growth, this is primarily attributable to a more favorable product mix and a relatively low increase in functional costs.

The Optics & Life Science segment posted a strong increase in revenue of 11.7% to €139.5m (prior year: €124.9m) in the first six months of 2018. As in the prior quarters, this development was driven by a continuation of healthy business with solutions for the semiconductor equipment industry and a very positive development in the Healthcare & Industry area.

Revenue in the Mobility segment saw a year-on-year increase of 17.6% in the first six months of 2018, to €138.5m (prior year: €117.8m). Both areas, systems and machines for the automotive industry and traffic safety technology, showed successful growth, in particular due to deliveries of toll monitoring systems, 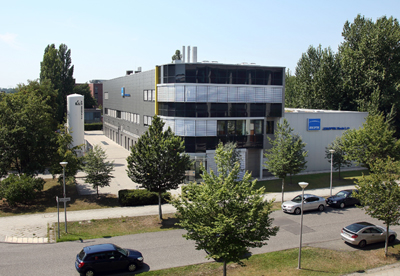 In Berlin, Jenoptik is investing in modern production equipment, so ensuring the long-term competitiveness in a photonic core business; the company said it is responding to “growing demand for high-power laser diodes with technical modernization and higher levels of staffing.”

With new production machines and systems, Jenoptik said it can speed up order processing for the production of high-power laser diodes in the Adlershof Technology Park in Berlin, and is thus gearing up for a continuing high demand for semiconductor lasers.

A new, stepper is used to manufacture laser diodes, and this increases production capacity, yield rate and quality. Delivery times are thus reduced. At the same time, there has been investment in new equipment for facet coating. In the medium term, investment in the low double-digit million-euro range is planned in all three production areas of facet coating, wafer processing and epitaxy.

“Not only will we become faster, but we also guarantee the production and further development of state-of-the-art semiconductor lasers with very high power output", says site manager Dr. Jürgen Sebastian. The semiconductor bars manufactured by Jenoptik are increasingly used for example in the healthcare and life science sectors, for advanced manufacturing technologies as well as for cutting-edge sensor systems, which advance trends in the automotive industry such as autonomous driving.