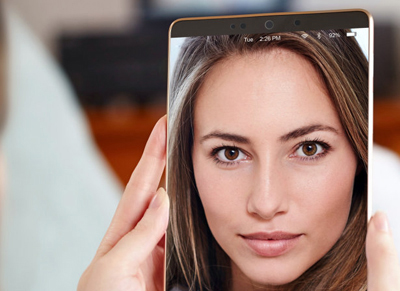 This new product range, the Bidos PLPVQ 940A, is described by the diverse light sources giant as “another future technology that we have added to our product portfolio, paving the way for new areas of application such as 3D sensing.”

Following the May 2018 acquisition of US specialist VCSEL producer Vixar, Osram says it is “setting new standards with this VCSEL, including facial recognition for mobile devices.”

The VCSEL acts as a light source, illuminating the face evenly with infrared light. A camera is then used to capture the significant features of the user. The image is then compared with the image of the user stored in the system – if the two match the device will be unlocked.

VCSEL combines the outstanding properties of two lighting technologies – the high power density and simple packaging of an IRED coupled with the spectral width and speed of a laser.

Unlike edge-emitting laser diodes, Bidos is a surface emitter which emits its light perpendicular to the surface of the semiconductor chip and, in terms of its wavelength, it is much less sensitive to temperature fluctuations. 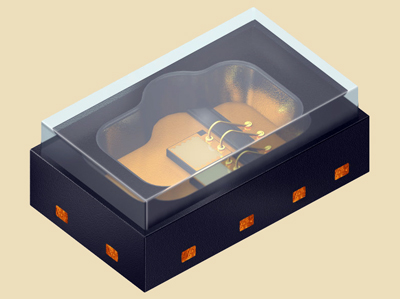 A VCSEL chip is also much easier to install in the end application; it can be glued into the package like an LED chip and can be used, for example, as an array consisting of several hundred individual apertures per VCSEL chip.

She added, “Customers can now choose the best solution for their specific application from our extended infrared portfolio – whether it’s IRED, laser or VCSEL.”

With an emission wavelength of 940 nm, the PLPVQ 940A offers a maximum efficiency of 27 percent and an output power of 300 mW. Two bond wires supply the laser diode uniformly and rapidly with energy. The angle within which the VCSEL provides illumination is 65° x 78°. Its package is small, measuring just 1.90 x 2.20 x 0.85 mm.

Osram OS commented that the possible applications for VCSEL products are many and varied: “In addition facial recognition, the components are suitable for applications in robotics, drones, augmented reality and virtual reality.”