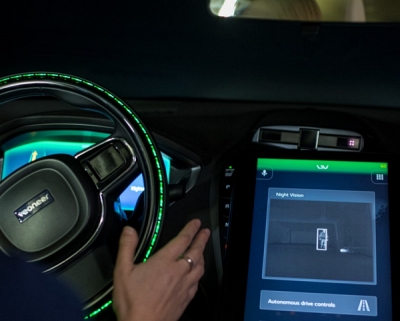 Photonics21, the European group that coordinates much of the photonics-related innovation activity funded via the European Commission, has welcomed several new industry representatives to its board of stakeholders.

The 100-strong board, which is the key decision-making entity within the Photonics21 organization, partially renews its stakeholder board every year with an election of new members.

In the latest election 176 voters - equivalent to around 80 per cent of the total registered - cast their votes for 21 candidates, electing 16 new members for a four-year term.

With the likes of Carl Zeiss, Adva Optical Networking, 3D-Micromac and IQE now represented, Photonics21 says that exactly half of its board of stakeholders now comes from industry - the minimum number mandated by its constitution.

Auto expertise
The latest iteration of the board also gains automotive industry expertise, thanks to the election of Jan-Erik Källhammer from car parts giant Veoneer’s Swedish operation. Veoneer is focused on products for active safety, autonomous driving, occupant protection, and brake control.

Research institutes now account for just over one-third of the Photonics21 board of stakeholders, with the remainder representing clusters or member organizations such as the European Optical Society.

Germany remains the best-represented of 17 different European Union member states, with 24 representatives taking it close to the maximum 30 per cent allocation that is allowed under the Photonics21 constitution.

In contrast, and perhaps unsurprisingly, UK representation has diminished in numbers. The board now features only five UK members - although the latest election did see Iwan Davies from the compound semiconductor epiwafer foundry IQE join.

The gender split of the board also remains extremely biased in favor of men. Only one of the newly elected members - Eleni Diamanti from the Centre National de la Recherche Scientifique (CNRS) in France - is female, meaning that women now make up less than 5 per cent of the stakeholder board.

The newly elected members and their affiliations are as follows:

The full list of the current Photonics21 board of stakeholders can be downloaded here.