Photonics21 looks into the crystal ball

optics.org interviews P21’s Head of Operations about the industry's prospects, the EC and funding, Brexit and more. 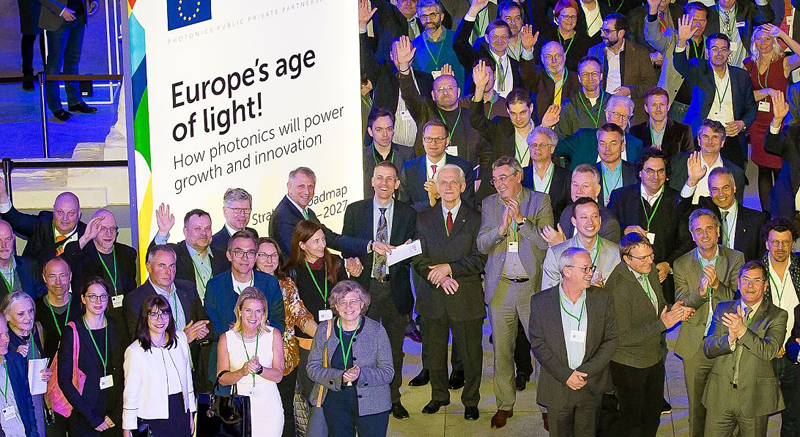 At the Photonics21 AGM in Brussels, last week, optics.org interviewed Markus Wilkens, Secretariat & Head of Operations, about the current state of the organization, the prospects for a new partnership with the European Commission under the forthcoming Horizon Europe and a wide range other hot issues facing this sector.

Horizon Europe is the planned seven-year European Union scientific research initiative intended to succeed the current Horizon 2020 program. The European Commission has drafted and approved a plan for the Horizon Europe to raise EU science spending levels by 50% to approximately €100 billion over the years 2021-2027.

What is the current state of Photonics21 and what are you aiming for in Horizon Europe?

Markus Wilkens Photonics21 is now in a decisive phase as we move towards the new EU Framework Program Horizon Europe. Photonics is mentioned in the current European Commission [EC] proposal as a strategic key digital technology in the cluster Digital, Industry and Space next to Microelectronics, Software Technologies, and Quantum Technologies, therefore it will be among the funded technologies of the new program. What is not decided yet is whether we will continue to be a Public Private Partnership or need to organize in a different way.

However the aim of our Executive Board as well as of our Board of Stakeholder clearly is to remain a PPP. We strongly believe that such a PPP governance structure is the most efficient way for our SME based industry to contribute via the framework program to future mega-markets, downstream industries and the societal challenges Europe is facing. The current PPP proved to be successful – not only because it was rated “best in class” by an independent expert group of the EC. The PPP has delivered on the growth and employment targets for Europe with double of global GDP growth and significant job growth. We are convinced that we will do so in the future, as Photonics is an indispensable technology for European Key Industries. 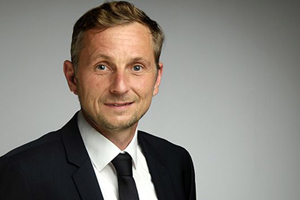 Why has Photonics21 not elected a new president?

When Aldo Kamper left the role of President in mid-2018, due to his move to another industrial area, the Board decided at this critical time for the organization to proceed with our experienced Vice Presidents Giorgio Anania and Bernd Schulte, in the speaker role of the Board. Both have been with Photonics21 since the beginning and have deep knowledge about the platform, our activities and future visions and are well respected by the Board and members.

How is membership developing?

Photonics21 is still growing in terms of our membership. Back in 2005, we have started with 60 members, now, it is an organization with more than 3000 members and about 1700 different organizations are represented. As a voluntary organization we are open to new members from all organizations and hierarchy levels. One of the great strength of the platform is that it is inclusive and so engages with a wide community.

Also, in terms of driving growth of membership, the PPP was the first big push when photonics was recognized by the EC as a Key Enabling Technology in 2009. There was another big push in 2013 when the Photonics contractual PPP with the European Commission was established – including an earmarked budget of €700 million over the program period.

How do you view the relationship between Photonics21 and the European Commission?

The relationship between P21 and the EC is fairly close as we are a Public-Private Partnership – as well as in the daily work, where the P21 Secretariat and EC Photonics Unit have a frequent exchange on topics such as strategy, KPIs, communications, and progress monitoring and so on. At least twice a year we run PPP Partnership Board Meetings, at which our Executive Board and the EU Commission representatives – Lucilla Sioli, Director Artificial Intelligence and Digital Industry responsible for the Photonics field and Philippe Vannsson, Head of the Photonics Unit, and his team meet.

Do you think this close working relation will change under Horizon Europe?

This may change – depending on the future structure and governance models chosen – and also due to the set-up of the funding execution structure with the Commission. As we hear, there are discussions on new structures. But at the time given – before the European Parliamentary Election in May 2019 and the set-up of a new Commission it is difficult to answer yet.

The preparation of the next Framework Program (Horizon Europe, 2021-27) is highly complex in terms of timing and priority setting (based on Comments from Carl Buhr, Deputy Head of Cabinet, on Day 1 of P21 AGM): there will be elections for a new European Parliament in May 2019 and a new EC Commission elected by the end of 2019. So the composition of two of the three negotiating partners (the third being the member states) will be changing, which makes for complications.

What is the future of the Photonics PPP?

As mentioned in the upcoming EU Framework Program, photonics is considered to be a Key Enabling Technology by the EC and the same is stated by the Commission – and, most recently, by Carl Buhr, Deputy Head of Cabinet of Commissioner Gabriel, that the EC will continue funding photonics.

However, how Photonics will be implemented in Horizon Europe, whether by the continuation of a PPP (as with Horizon 2020) or by a Technology Platform (such as in FP7) is under discussion at the moment. This is the case not only for photonics but for other R&I sectors involved in partnerships, as well.

The Member States have imposed a budget cap of 50% to be earmarked for Partnerships going forward. So, there will be fewer partnerships in Horizon Europe than in the current framework program. However, Photonics21 is of the opinion that a public-private partnership structure and governance should remain. Only last week, on March 27th, there was a meeting between Nobel Laureate, Prof Gérard Mourou, and Commissioner Carlos Moedas, in which Prof Mourou pointed out the impact of Photonics for Europe. It was a very productive meeting and it has been fortunate for P21 that recently we have had three Nobel Laureates campaigning for Photonics.

How do you view the current UK situation?

It seems that even before Brexit is executed, the UK’s participation in European research projects has been dipping, simply already because of the increased uncertainty Brexit brings. I very much regret this. A significant share of P21 members is from the UK because the nation achieves outstanding excellence in both photonics science and industry. Many of the P21 founding fathers were actually UK based.

We would love to see the UK photonics community to continue its engagement in P21. But, obviously we have no control over the legal position of the UK in the next EU Framework Program. We like to be optimistic and hope that we will remain close partners.

What are the strengths and weaknesses of Photonics 21?

Strengths – I think Photonics21 has become a well-respected European organization. We have established open, democratic and transparent decision making processes to define our Strategic Roadmaps. Somebody said “we deliver like a Swiss watch” – community backed Photonics Research and Innovation Roadmaps, such as the latest edition released on March 28th and research and innovation priorities for future EU Framework calls.

Weaknesses – or let’s better say – areas for improvement: What we need to improve in the future is the narrative about selling photonics. This is not specific to P21, but should be taken serious by all photonics organizations. We are usually quite bad in bringing the message through how important photonics will be for our future life and wealth.

In conclusion, I am enthusiastic to be working in this growing and interesting sector and think that together we have formed a great community. I believe that what we have achieved together is regarded with some envy from outside Europe. However, we are just at the beginning of the journey what light technologies can deliver. So – as our Strategic Roadmaps states: Europe’s Age of Light has just begun.