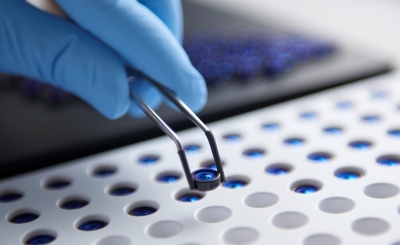 Jenoptik has reported sales of €213 million for the quarter ending September 30, keeping the German photonics company on track to meet its adjusted target of €850 million-€860 million for the full year.

That is a little below the firm’s original expectations for 2019, which had targeted around a 5 per cent increase on the record-breaking 2018 total of €835 million, with weak demand from Germany’s automotive industry largely to blame.

However, stronger demand from North America and good contributions from the acquisitions made by Jenoptik last year have helped to keep the company’s revenues on track, with CEO Stefan Traeger saying that orders are now starting to recover as the year draws to a close.

Industrial weakness
“I’m pleased to note that we again grew in the third quarter, managing to close the gap in revenue from the prior quarters,” Traeger commented, noting solid contributions from the company’s optics business.

”Good business with the semiconductor equipment industry continued in the third quarter, while the industrial solutions unit saw a decline,” reported the firm, with the industrial weakness putting a slight drag on quarterly net earnings of €20.1 million, down slightly from last year.

Figures buried within Jenoptik’s latest quarterly report show that for the year so far sales within Germany are down 10 per cent, at €161 million.

Conversely, the market strength in North America has helped boost Jenoptik’s “light and production” division, with orders up sharply on last year. The company is also making significant investments in this division, with a new €13 million industrial metrology development and production site in Villingen-Schweningen, Germany, due to open for business next spring.

Vincorion for sale
Jenoptik has also now begun the process of selling its non-photonics “Vincorion” business unit, which among other things produces power supplies for missile defense systems. If it finds a suitable buyer for the business, Jenoptik says that it will re-invest the proceeds into optics and photonics activities.

In the first nine months of this year, the Vincorion business had contributed €97 million to Jenoptik’s total group sales of €596 million. That represents a sharp contraction on 2018, after the German government’s decision to ban arms exports, although some of those restrictions have now been lifted.

Commenting on the weak macroeconomic environment generally, Jenoptik’s latest quarterly report highlighted the challenges facing Germany’s automotive sector - including the expectation that 100,000 jobs will be lost over the next decade, and that major suppliers do not expect production of passenger cars to pick up for at least another five years.

But it's not all bad news: "Over the long term, mobility in general, the optimization of combustion engines, the switch to electromobility, and driver assistance systems will remain global drivers of growth,” added the firm.