…and ups its 2018 guidance. Canadian firm works in machine and process integration in auto industry. 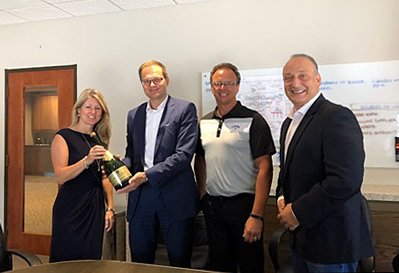 Photonics giant Jenoptik has agreed to acquire 100 percent of Canadian company Prodomax Automation for a consideration of slightly below double its expected sales, a total thought to be around CAD 130 million (€85 million); around 7x Prodomax's expected 2018 EBITDA. The contract has now been signed and completion is expected by the end of July.

Prodomax, founded in 1971 and headquartered in Barrie, Ontario, employs about 180 staff and specializes in process automation for the automotive industry. With this acquisition, Jenoptik says it is strengthening its position as a full-service turnkey provider of complex automated manufacturing solutions.

Jenoptik started along this path with the acquisition of Five Lakes Automation (FLA) in 2017. Like FLA, Prodomax will become a part of Jenoptik Group’s Global Laser Processing business.

And in another similarity to the FLA deal, Prodomax designs automated production lines as well as integrating them into customers’ manufacturing environments. The services and products around process engineering and implementation include system layout, simulation, hardware controls and software design, robotic handling systems and transfer devices. But, whilst FLA focuses on small and medium-sized contract business, Prodomax has the capabilities and strong customer base to target larger projects.

Jenoptik stated that due to the Prodomax acquisition, it will now be able to tap into new areas of application for its 3D laser machines in future. “With the acquisition of Prodomax and our own expertise in laser material processing we take a huge step towards becoming an integrated provider of advanced manufacturing environment”, said Stefan Traeger, President & CEO of Jenoptik AG.

Prodomax and FLA are expected not only to benefit from Jenoptik’s experience in 3D laser processing, but also from the Group’s financial strength and its global reach. In addition, Prodomax should benefit from the significant US presence of the Jenoptik Group.

“In combination with FLA’s automation solutions and the laser processing business we can evolve into a global production integrator. Together with Jenoptik, we will be able to win new customers, extend our know-how to other production steps in the manufacture of, for example, doors or tailgates, and to gradually transfer our competencies to other industries,” commented Don Leslie and Carolyn Garvey, Co-CEOs of Prodomax. 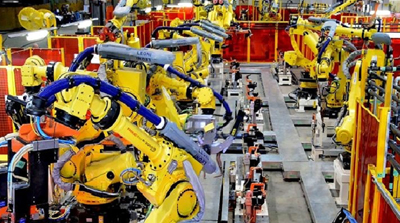 Jenoptik’s acquisition statement noted that Prodomax “has a history of strong growth and excellent operating efficiency. In its fiscal year 2017, the company’s revenue was some CAD 65 million (€42 million) with profitability clearly above Jenoptik’s Group average.” Jenoptik added that it will consolidate future revenues and earnings, including effects from purchase price allocation, pro-rata in 2018.

Looking ahead to Jenoptik’s likely improved profitability, Traeger said, “With the acquisition of Prodomax and continuing good demand in the Group’s business overall, we now see 2018 revenue of Jenoptik exceeding our current guidance for the year.

“Including the consolidation of the new Canadian company pro-rata for the rest of the year, we expect group revenue to be between €805 and €820 million in 2018 against our original guidance range of €790 to €810 million,” he said. Further details regarding the financial impact of the acquisition will be discussed with the reporting of Jenoptik’s H1 results on August 9th.

Jenoptik is currently represented in North America with about 330 employees at eight sites. In Rochester Hills, Michigan, more than 110 employees work for the North American automotive industry with state-of-the-art industrial metrology, laser processing machines and automation solutions. In the fiscal year 2017, the Jenoptik Group recorded revenue growth of more than 28 percent in the Americas with a total revenue of €173.6 million.