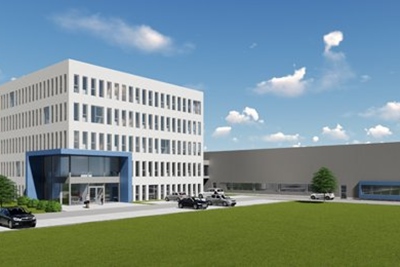 Germany-headquartered photonics technology vendor Jenoptik has expanded its presence in the machine vision sector, with the acquisition of both Otto Vision Technology and Ovitec.

Like Jenoptik, both the companies are based in Jena. Together they are expected to generate a turnover of around €8 million this year, and employ 32 people. Founded by brothers Reinhard and Gunter Otto, the two companies will augment Jenoptik’s existing activity in the industrial metrology sector.

“Otto Vision Technology GmbH and Ovitec GmbH specialize in optical inspection systems for quality assurance and process optimization, as well as in complex imaging systems for applications in the field of part dimensioning, surface inspection and position detection,” Jenoptik announced, adding that the two firms’ key customers are involved in the automotive, stamping and glass industries.

Both the acquired companies are said to be making a profit slightly higher than the existing Jenoptik Group.

Jenoptik CEO Stefan Traeger said in a company statement: “With the acquisition of the two companies and our product range, we are taking a further step towards becoming an integrated provider for sophisticated measuring tasks and efficient production processes.”

‘Ideal fit’
The product ranges of Otto and Ovitec are said to provide an “ideal fit” for Jenoptik, with the acquisition expected to open up additional areas of application in the field of 2D and 3D metrology.

While they currently sell customized products and a range of services for solving complex inspection tasks, the plan is to use Jenoptik’s capability and global footprint to extend that offering.

“We are convinced that we can benefit not only from Jenoptik’s extensive know-how in production metrology but also from the Group’s financial strength and global presence and substantially expand our international sales activities in the future”, said Reinhard Otto, who along with brother Gunter will continue to work in a managing director role.

Gunter added: “My brother and I are happy that this acquisition - and what’s more by a Jena-based company - will provide a long-term perspective for our employees and their families.”

Founded back in 1992, Otto Vision Technology has since installed more than 1000 systems, and had expanded into both China and the US with distribution deals. Earlier this year the company introduced 3D scanners based around 12 megapixel cameras for the first time.

The additional sales from the two acquired firms should help Jenoptik achieve its full-year revenue target for 2018. Last month that was increased to between €805 million and €820 million, when the company reported continued buoyant demand across all its main market sectors.