Spin-outs from Imperial College, London, and the University of Oxford among winners at Institute of Physics event. 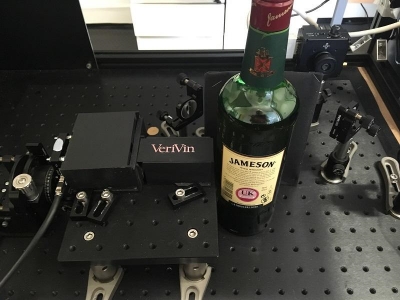 No fewer than five photonics technology companies were among the winners at last week's Institute of Physics (IOP) business awards event.

Representing technologies ranging from Raman spectroscopy to digital pathology and laser processing with adaptive optics, new startup companies spun out of Imperial College, London, and the University of Oxford won alongside more established players Horiba Jobin-Yvon and FFEI in the "business innovation" category.

Each of the winners picked up their accolades in a high-profile awards night hosted at the House of Commons in Westminster, London.

Business Innovation
FFEI, which specializes in digital imaging, won its innovation award for a combination of technologies used in the fast-growing field of digital pathology.

While conventional slide-based histopathology analysis is still recognized as the "gold standard" in cell diagnostics, there is a widespread effort to digitize the process and improve diagnostic speed and accuracy, and to make it less reliant on the knowledge and experience of individual pathologists.

FFEI's "whole-slide-imaging" (WSI) technology is used in a new scanner system built by the pharmaceuticals giant Roche. The company's "Ventana DP 200" scanner is said to produce ultra-high-resolution color-calibrated digital images, reducing the time needed to identify cancer cells through the color and and contrast of stains on each slide.

"FFEI technologies allow WSI devices to correct focus in real time to compensate for variances in the thickness of tissue samples," explains the Hemel Hempstead firm, which has spent 15 years working on the approach.

Joachim Schmid, the VP of research and development at Roche Tissue Diagnostics, said that the collaboration with FFEI had delivered "industry-leading" image quality, and taken a step closer to offering personalized healthcare for cancer patients in the UK.

Startup success
Photonics companies dominated the "business startup" category of the IOP awards, with three of the four winners looking to exploit optics technologies across a range of applications.

One of them was Oxford-based VeriVin, which is developing a Raman spectroscopy system capable of identifying the optical "fingerprints" of real and fake liquid goods - without the need to open bottles of wine, whisky, or olive oil.

"The technology could allow producers to re-scan bottles year on year, monitoring the development of the contents in ideal storage conditions," says VeriVin, which was set up by CEO Cecilia Muldoon.

"A benchmark ID tag could then be compared with the ID tag of a similar bottle in the future. This second bottle might have changed hands several times, have a different storage and transport history, or even be a fake."

VeriVin adds that, according to some estimates, as many as one-fifth of the bottles of whisky sold at auction are fake. At the moment the industry uses carbon dating to detect counterfeits, but this requires bottles to be opened so that a liquid sample can be taken.

Diamond lights
Joining VeriVin as winners in the startups category was another Oxford firm, Opsydia. Established in 2017 by University of Oxford professors Patrick Salter and Martin Booth, it is developing a combination of adaptive optics and ultrafast laser processing said capable of adding tiny laser-written identification marks inside gemstones - including diamonds.

Opsydia’s patented approach is said to produce marks so small that they have no effect on the quality or grading assessment of the gem, and can only be seen with a microscope. "This is the first technology in the world that can fabricate features inside diamonds at high speed and on an industrial scale," it claims.

The company already has orders for its "D5000" laser processing equipment from the diamond giant De Beers, which will use the technology to mark its new laboratory-grown diamonds.

Opsydia's CEO Andrew Rimmer said: “This award is a testament to the hard work and innovation of the team, developing a concept in a laboratory at the University of Oxford into a commercial product that will make a real contribution to combatting tampering and counterfeiting in gemstones."

The third photonics startup to be recognized was Matoha Instruments. Founded by a team of students from Imperial College, London, it specializes in infrared instrumentation aimed at applications in waste recycling.

Matoha has developed two products for use in large-scale automated sorting facilities, one for fabric analysis and the other for plastics. They combine near-infrared spectroscopy with big data and machine learning principles to improve performance continuously.