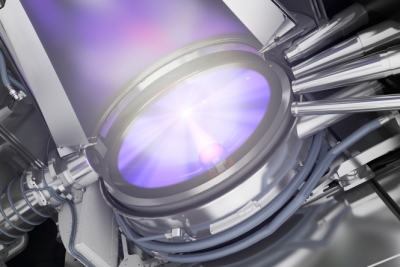 Bosses at ASML, the Netherlands-headquartered company with a near-monopoly in semiconductor lithography equipment, has just posted what it called a "momentous" quarter for its laser-driven extreme ultraviolet (EUV) tools.

In the three months ending September 30, its chip-making customers ordered a record 23 EUV systems, each costing in excess of €100 million. The uptick in demand saw ASML post quarterly bookings of $5.1 billion in the quarter - another record for the company.

And with the equipment provider now shipping its higher-powered - and higher-priced - "NXE:3400C" EUV tool to customers, ASML's profit margins are also benefiting.

EUV impact
For the latest quarter, the Veldhoven firm registered a net income of €627 million on sales of €3 billion. That included revenues from the shipment of seven EUV systems, of which three were NXE:3400C tools.

With strengthening demand for those tools to support production of logic devices in particular, ASML's management team is expecting sales to rise to nearly €4 billion in the closing quarter of the year - including shipment of eight EUV tools.

If that prediction does proves correct, it would see the company post some €11.7 billion in annual sales, and yet another record-breaking financial year.

CEO Peter Wennink and CFO Roger Dassen were keen to talk up the growing impact of EUV in their responses to the figures, with Dassen saying: "This is a momentous quarter for EUV. We now see the first commercial sales of devices manufctured [with] EUV...EUV is there, it's in the products that you can buy today as a consumer."

One example of that is at the giant Taiwanese chip foundry TSMC. Last week, the company said that its "N7+" process, which uses EUV lithography, had moved into volume production earlier this year, making devices destined for applications in 5G wireless connectivity and artificial intelligence.

Each of the EUV tools is based around a hugely powerful set of CO2 lasers that generate EUV light when aimed at a cascade of tin droplets, and accompanying optical components that are able to handle the kind of powers involved.

Supply-chain solution
ASML's strong performance comes despite a wider slowdown in the semiconductor business that has seen shipments of memory chips fall sharply this year, while Dassen also said that the company had solved some difficulties in the EUV supply chain.

The knock-on effect of those supply-chain problems has delayed the shipment of a few EUV systems to early next year - meaning that ASML will likely end up shipping 26 of the tools this year, not the 30 it had previously expected.

But with makers of memory chips now ordering systems and the EUV supply chain operating smoothly, that figure should rise to 35 systems in 2020.

CFO Dassen said that it was now important to recognize the significance of the EUV milestones, adding: "Just looking back on 20 years of hard work and perserverance....not just of ASML, but of many believers in the [EUV] ecosystem, I think this is probably the right point in time to express a 'thank you' to everyone who has been involved in making this happen."

• Following the company's latest results announcement ASML's stock price dropped in value slightly, although at around $265 on the Nasdaq it remains close to all-time highs reached in recent days.

Up nearly 70 per cent since the start of 2019, that stock price now represents a market capitalization of around $112 billion.