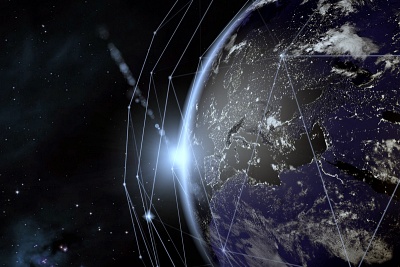 The “EAGLE-1” system, which will use optical quantum key distribution (QKD), involves 20 European companies, with support from the European Space Agency (ESA) and European Commission.

SES says that the satellite will operate in a dedicated low-Earth orbit (LEO), with operations centered at a new state-of-the-art building in Luxembourg.

2024 launch
Scheduled to launch in 2024, the EAGLE-1 satellite will first complete three years of in-orbit mission operations supported by the European Commission.

“During this operational phase, the satellite will allow European Union governments and institutions as well as critical business sectors early access to long-distance QKD to [pave] the way towards a [European Union] constellation enabling ultra-secure data transmissions,” announced SES.

The EAGLE-1 system is tasked with completing the first step of demonstrating and validating QKD between LEO and the ground.

The “EuroQCI” declaration, originally signed by the 26 EU members in 2019, has a long-term goal of forming a quantum internet in Europe, connecting quantum computers, simulators and sensors via quantum networks to distribute information and resources with state-of-the-art security.

ESA Director General Josef Aschbacher said of the plan: “Led by ESA, partially financed by the European Commission and implemented by SES, EAGLE-1 is a major step towards making the secure and scalable European Quantum Communications Infrastructure a reality.”

SES’ CEO Steve Collar commented: “European security and sovereignty in a future world of quantum computing is critical to the success of Europe and its Member States.”

Collar added that the EAGLE-1 system would represent a “cornerstone” for the development of secure and sovereign European networks in the future.