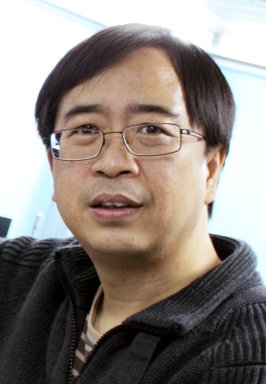 Jian-Wei Pan, a professor at the University of Science and Technology of China in Hefei, has won the latest Zeiss Research Award - a prestigious prize that has proved a precursor to Nobel recognition on several occasions.

Previous winners of the biennial Zeiss award - which recognizes advances in optics and photonics specifically - have included the likes of Stefan Hell, Shuji Nakamura, Eric Cornell, and Ahmed Zewail. All were subsequently awarded Nobel prizes.

Extending QKD reach
While QKD has emerged from the laboratory to become commercialized by a handful of companies, extending the reach of the technique while maintaining a practically useful data rate has proved challenging.

Zeiss points out that one of the most remarkable results of Jian-Wei Pan's research is the distribution of entangled photons over a distance of 1200 km, said to be the longest distance ever reached by far. That feat was achieved using China’s “Micius” satellite, in collaboration with Zeilinger’s laboratory.

The effort led to MIT Technology Review identifying Pan as “the man turning China into a quantum superpower”. In an article also pointing out that in 2011 he became the youngest-ever member of the Chinese Academy of Sciences, it is suggested that the Chinese government sees an opportunity to lead the quantum era, similar to the way that the US has dominated the computing age thus far.

The Pan group’s most recent journal publication showed that a novel QKD scheme based on a laser injection technique was capable of transmitting an encrypted key more than 500 km along ultralow-loss optical fiber at a data coding rate sufficient to overcome channel loss.

“Dual-rate QKD uses single-photon interference as an effective detection event, so that the safe code rate decreases linearly with the square root of the channel attenuation, and even the linear limit of QKD code rate can be easily broken without relaying,” stated the University of Science and Technology of China last month.

Optical computing
The work is also said to have relied on a single-photon detector developed at the Shanghai Institute of Microsystem and Information Technology, part of the Chinese Academy of Sciences.

Thanks to the new approach and the extremely high efficiency of the detector, it is believed that the number of QKD relay points in a long-distance secure network can be greatly reduced.

Zeiss points out that in addition to those advances, Pan has also contributed significantly to the development of optical quantum computing.

“He creates complex quantum states of light, such as ensembles of up to ten entangled photons, or indistinguishable photons from many simultaneously operating single-photon sources to perform boson sampling experiments,” notes the Jena-headquartered optics giant.

“These experiments lay important foundations for optical quantum computing. The research work shows a way to scale up such systems and thus to make practical use of their advantages.”

• Worth €40,000 in prize money, the Zeiss Research Award is normally presented as part of the biennial Zeiss Symposium. However, in light of the coronavirus pandemic, Zeiss has decided to postpone this year's event. Pan will instead receive the award at a rescheduled symposium next year.