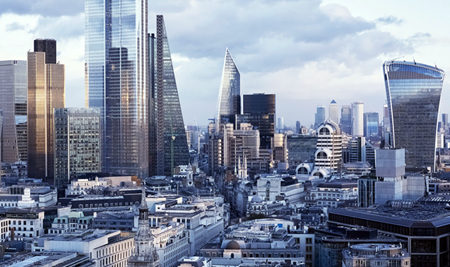 At an event held at London’s BT Tower on Tuesday 26th April, BT and Toshiba, along with EY launched the trial of a world first commercial quantum secured metro network.

The infrastructure will be able to connect numerous customers across London, helping them to secure the transmission of valuable data and information between multiple physical locations over standard fibre optic links using quantum key distribution (QKD). The London network, say the partners, “represents a critical step towards reaching the UK government’s strategy to become a quantum-enabled economy.”

The network’s first commercial customer, EY, will use the network to connect two of its sites in London, one in Canary Wharf, and one near London Bridge. It will demonstrate how data secured using QKD can move between sites and will showcase the benefits this network brings to its own customers.

In the network, QKD keys will be combined with the in-built ethernet security, based on public-key based encryption, which will enable the resultant keys to be used to encrypt the data.

George Freeman, the UK’s Minister for Science, Research and Innovation, commented, “I am pleased to see the first trial by BT and Toshiba of a commercial quantum secured metro network, which represents significant progress towards achieving our ambition to make the UK a quantum-enabled economy.”

Howard Watson, Chief Technology Officer, BT, said, “Quantum-enabled technologies are expected to have a profound impact on how society and business operates in the future. I’m proud that BT and Toshiba have successfully united to deliver this unique network, and with EY as our first trial customer, we are paving the way for further commercial explorations for quantum technologies.”

Preparation, technical deployment and testing for the network commenced in late 2021. This included equipment deployment in racks, adding security systems and resilience testing, and finally running and optimising the network. Although 26th April marked the official launch of the network, it has been running since early April, and will operate for an initial period of up to three years.

Praveen Shankar, EY UK & Ireland Managing Partner for Technology, Media and Telecoms, said, “Quantum secure data transmission represents the next major leap forward in protecting data, an essential component of doing business in a digital economy. Our work with two of the world’s leading technology innovators will allow us to demonstrate the power of quantum to both EY and our clients.”

The UK Government’s strategic intent to develop a quantum-enabled economy was first published in 2020. It sets out a vision for the next 10 years in which quantum technologies will become an integral part of the UK’s digital backbone, unlock innovation to drive growth and help build a thriving and resilient economy, and contribute significant value to the UK’s prosperity and security.

The London network represents an important step to building a national network for quantum secured communications, which will stimulate the growth of a quantum ready economy in the UK.

The technical collaboration for this network was conducted in BT’s Adastral Park labs in Suffolk, UK, and the Quantum technology Business Division of Toshiba, based in Tokyo, Japan and Cambridge, UK, where the quantum key distribution technology has been developed and is manufactured.