Next year 'pivotal' for OLED industry 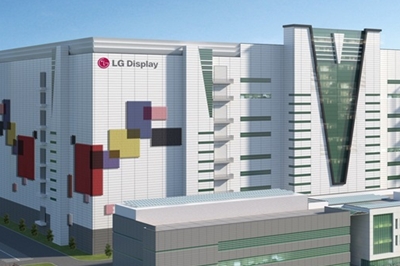 The CEO of key organic LED (OLED) materials developer Universal Display Corporation (UDC) has described 2019 as a “pivotal” year for the industry, as a slew of new panel makers start up large production lines.

Despite reporting quarterly sales of $56.1 million in the three months ending June 30 – sharply down on the same period in 2017 – Seth Abramson told investors that sales had begun to improve, ahead of a much broader adoption of the display technology in consumer electronics.

Production proliferation
At the moment, OLED production for mobile phone displays is dominated by Samsung, but with several other manufacturers readying their production lines all that is about to change.

“2019 is poised to be a pivotal year for the OLED industry,” Abramson told an investor conference call. “As Samsung continues to lead the OLED mobile market, a number of other panel makers, including LG Display, BOE [Technology], Tianma, Visionox, and EDO [Everdisplay Optronics] are slated to commence production in their new OLED lines.”

With the exception of LG Display, all of those new protagonists are based in China, and according to a recent Wall Street Journal article BOE Technology is seeking to extend its relationship with Apple beyond LCDs for tablets and PCs to become a key provider of OLED screens used in the US firm’s high-end phones.

Up until now, Apple has been forced to rely on Samsung - also its major rival in the smart phone sector – for its supply of OLED displays, leading to a tense relationship between the two consumer electronics giants.

It isn’t just Apple that is driving the market proliferation. Abramson says that new OLED-incorporating devices from the likes of Google, Huawei, Oppo, and Vivo are all set to appear in the coming months, thanks to the much wider availability of the technology.

“This new wave of capacity build is expected to drive significant growth in the OLED industry,” the CEO told investors. adding that next year's introduction of foldable OLED products by Samsung will pave the way to entirely new form factors and applications that "the imagination has yet to devise".

TV channel
Switching to the OLED TV sector – much smaller in terms of units and dominated by LG rather than Samsung – Abramson recited LG’s expectations of the market growing from around 2.8 million units this year, to 4 million in 2019, 7 million in 2020, and 10 million in 2021.

Although that equates to only a small fraction of the annual TV market (of approximately 250 million units), the area of OLED material required would be equivalent to around a billion smart phones – indicating the huge significance of TV screens.

“That is a lot of glass to coat with our materials,” Abramson quipped, before also pointing out that in Japan Sharp has recently begun pilot production of its own OLEDs, and is planning to launch a new smart phone featuring the technology later this year.

“BOE Technology's Gen 6 flexible OLED plant in Chengdu, which opened last year, is ramping production and its efforts are paying off,” the CEO added, noting that BOE has reportedly scored a major design win with Huawei, for the latter’s flagship Mate 20 Pro device, also launching later this year.

Construction of BOE's second Gen 6 OLED plant in Mianyang is progressing ahead of schedule, noted Abramson, with a third OLED fab in Chongqing expected in the second half of 2020. “Tianma held an opening ceremony for the first phase of its Gen 6 OLED line in June,” pointed out the CEO.

Meanwhile Samsung and LG are both turning to applications outside of the consumer electronics sector, with the automotive industry high up the agenda. Abramson noted Samsung’s “rollable, unbreakable” 6-inch display featuring the kind of durability needed in cars, while LG Display is reportedly in discussions with no fewer than ten car manufacturers looking to adopt OLED lighting features.

• Having risen sharply on better-than-expected quarterly revenues and expectations of full-year sales in the $280 million-$310 million range, UDC’s stock price closed at just under $115 on August 10, following the results announcement.

And while that remains a long way off the all-time high of $209 scaled in late 2017, it still represents a huge price-to-earnings ratio of 55, as well as a market capitalization in the region of $5.5 billion.