Maker of photonics devices and subsystems takes a step up the value chain and further diversifies. 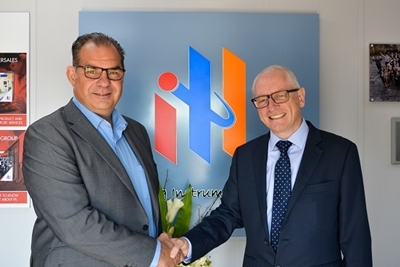 Gooch & Housego (G&H), the London-listed optics and photonics company, has acquired the UK-based medical device specialist Integrated Technologies (ITL), in a deal worth “up to” £22 million.

Said to be a market-leading supplier with an established group of long-standing multinational customers, ITL is headquartered in Ashford, Kent, but also has a manufacturing site in China and a client servicing outpost in Virginia, US.

Up the value chain
G&H says that the additional revenues from ITL, which has historically delivered annual sales in the region of £10 million, will double the turnover of its existing life sciences business – as well as move the company up the value chain in the medical sector, in line with its wider strategy.

“This acquisition enables G&H to take a significant step towards meeting its strategic objectives, including doubling the revenue of its life science business and accelerating the company’s move up the value chain, with all of ITL’s sales coming from system-based products,” said the company in its official statement to the London Stock Exchange.

"Over time there are a number of potential benefits that will accrue from ITL becoming part of G&H. These include leveraging G&H’s footprint in the US, China and [the] Far East and combining the company’s photonic expertise with ITL’s high-level systems capability in order to provide a more attractive product offering to G&H’s medical diagnostic customer base.”

The specifics of the deal include an initial cash payment of £14 million, together with £1.4 million of new G&H shares. And depending on the acquired business’s performance over the next two years, an additional cash consideration of up to £8 million will be payable.

G&H’s CEO Mark Webster, who has an extensive background in the medical and pharmaceutical sectors, said that the ITL deal was a key step towards establishing “critical mass” within G&H’s life sciences business, and moving up the value chain by offering a product portfolio based more around systems than the optical components that the company is generally known for.

“It means we are able to continue to diversify our business, allow G&H access to new high-growth markets, as well as reducing, still further, dependency on the historically cyclical micro-electronics sector,” Webster added.

Components and systems
The latest move follows a series of other deals that have already bolstered G&H’s activity in defense and security applications. In 2016, the company acquired both Kent Periscopes - a UK firm that sells sights for armored vehicles and tanks - and the US-based laser diode developer Alfalight.

That was followed by last year’s purchase of US-based StingRay Optics, which sells high-end optics into military and aerospace applications, including unmanned aerial vehicles.

As part of the ITL deal, the medical device firm’s managing director Tom Cole and business development director Greg Smith will both make the switch to G&H, while the ITL brand will be retained. "There will be no change to the ITL management team," announced ITL on its web site. "A group consolidation is unlikely and ITL will continue to operate from its current facilities."

Cole said: “This acquisition will further broaden our service offering and strengthen our ability to provide our customers with innovative solutions to meet their challenging needs. We are excited to be working with the G&H team and look forward to collectively growing our company and continuing to deliver outstanding service to the [medical technology] industry.”

In its latest interim financial report, G&H posted half-yearly sales of £55.6 million for the six months ending March 31, up 6 per cent on the previous year.

Life sciences contributed just over £5 million to that total, representing 9 per cent of turnover. Prior to the ITL acquisition, G&H’s product lines for the medical sector comprised mainly fiber-optic modules for optical coherence tomography systems, acousto-optic devices for lasers and microscopy equipment, and sub-systems.

According to the company, “non-component” sales accounted for 22.4 per cent of the overall business in that latest half-year – a proportion that should increase to around 30 per cent as a direct result of the ITL deal.