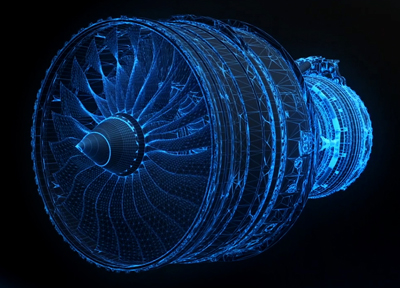 Hi-spec: the IWS research was conducted in partnership with Rolls-Royce.

The Fraunhofer Institute for Material and Beam Technology (IWS) has succeeded in increasing the stability of those aircraft engine parts which are subject to stress due to temperature. The IWS laser-based materials processing technique is said to significantly reduce an aircraft's kerosene consumption and CO2 emissions.

The scientists say that in combination with further measures, significant cost savings can be achieved during flight operations. The research project was developed in close cooperation with the engine specialist Rolls-Royce. The first engines with the new technology are already in use.

Combustion chambers in modern aircraft engines produce temperatures of over 2,000K during combustion. This value is several hundred degrees above the melting temperatures of the materials used and certain areas of the thermally high loaded components must be cooled and provided with special thermal barrier coatings, both internally and externally.

After years of research, Professor Frank Brückner and Mirko Riede of the Fraunhofer IWS have developed laser-fabricated microstructures that extend the life of the thermal barrier coatings and contribute to a significant reduction in kerosene consumption and pollutant emissions. The research project was performed in close cooperation with the renowned engine manufacturer Rolls-Royce. 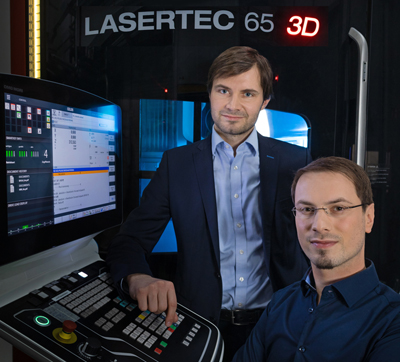 Brückner and Riede have extended the life of the jet engine's thermal coatings.

At its core, the IWS technology bases on filigree, additively manufactured microstructures. These are used to build innovative Thermal Barrier Coatings (TBCs) on the turbine components and ensure that a metallic, oxidation-resistant adhesion promoter layer and a ceramic insulating layer are clamped together.

The Fraunhofer researchers have solved a further issue that occurs during the rapid expansion and contraction of the components. The expansion creates mechanical stresses in the insulation layer, which are caused by different expansion degrees of the materials. This can lead to horizontal cracks in the ceramic layer, which could subsequently flake off.

The microstructures therefore specifically initiate vertical segmentation cracks in the ceramic layer. These reduce tensile stresses in the material and thus prevent the formation of the dreaded horizontal cracks.

To generate filigree microstructures, the researchers had to further develop existing production techniques. A high-precision single-mode fiber laser generates microstructures down to the order of 30 microns. The columnar arrangement of the microstructures increases the expansion tolerance of the insulating layer.

The knowledge needed to design the structures for the TBCs and for the sophisticated manufacturing processes have not only been gained in practical experiments. "The simulations and the theoretical modeling with which we have worked in addition to the experiments also play a major role in the success," said Brückner.

The new technology can further improve the efficiency of the jet engines, along with increasing the combustion temperature. The more efficient combustion results in decreasing fuel consumption by ten percent and reduces greenhouse gas emissions. In conjunction with other measures, there are significant cost savings per year and aircraft amounting to approximately $2.9 million. 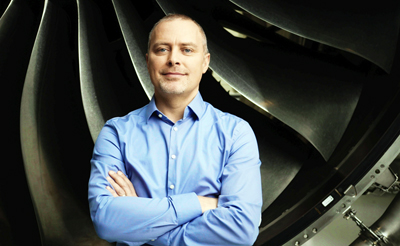 The joint team of Fraunhofer researchers and engineers from Rolls-Royce has succeeded in transferring the research work into production-ready manufacturing that meets the stringent safety standards of the aviation industry. After first successful test flights of the engines with Fraunhofer IWS technology in November 2015, the official aviation approval of the European Aviation Safety Agency was issued.

Since February 2018, the engines have been used in long-haul aircraft for the Airbus A350-1000. The Trent XWB-97 is the exclusive propulsion of this aircraft model and the most efficient large-capacity engine in the world today. The Fraunhofer IWS says it expects that other jet engines will also be equipped with the innovative IWS technologies in the future.

For their scientific achievements, Frank Brückner and Mirko Riede as well as Dr. Dan Roth-Fagaraseanu from the industrial partner Rolls-Royce received the 2018 Joseph von Fraunhofer Prize of the Year 2018.