The laser company gets into metal additive manufacturing systems with deal to buy Germany-based OR Laser. 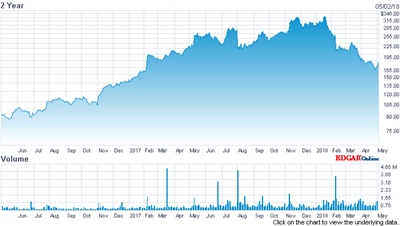 California-headquartered laser giant Coherent has reported a 14 per cent year-on-year rise in revenues for its latest financial quarter, despite some uncertainty in one of its key application areas – organic LED (OLED) display production.

For the three months that ended March 31, sales of $481 million delivered a net income of $65.3 million, with long-time CEO John Ambroseo noting a “surge in demand” across several end markets – and particularly from China for high-power fiber lasers in metal cutting applications.

Additive acquisition
Ambroseo also revealed that Coherent had recently acquired OR Laser, a company based in Germany that has developed a compact and flexible system for the fast-growing application area of laser additive manufacturing.

Founded as long ago as September 1997, OR Laser is based in Dieburg, near Frankfurt. Its “Creator” metal 3D printing machine features a 250 W fiber laser and is said to offer users a great deal of flexibility when it comes to altering system parameters – thanks in part to some proprietary software.

Ambroseo told an investor conference call that as well as experiencing strong demand for more traditional laser materials processing equipment in the latest quarter – including a surprising uptick in sales of high-power CO2 lasers – Coherent had witnessed “tremendous growth” in metal additive manufacturing.

“Industry data shows that metal AM machine unit sales grew 80 per cent in 2017 versus 2016,” said the CEO of the burgeoning sector, adding that despite that expansion the market remained constrained by limited work on process development.

“Many of the existing tool providers in metal AM are providing process development services and encoding the parameters into their tools,” he explained. “While this may ensure reproducibility and quality, it creates a log-jam for innovation.”

Ambroseo’s hope is that the innovation log-jam can be cleared to some extent by the OR Laser tool, which requires no third-party software to turn a CAD model into a printed part.

He believes that the combination of software independence and the opportunity to encourage greater collaboration will be critical in opening up the metal AM market, and the Creator tool is priced to target dental, medical, and jewelry applications. “Future tools will address automotive and aerospace,” the CEO told investors. 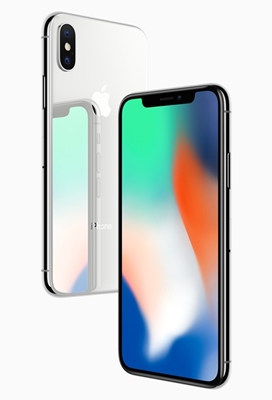 Smart phone displays
Despite that foray into additive systems, Coherent’s fortunes remain closely tied to the demand cycles of semiconductor and microelectronics device manufacturing – and to the displays sector in particular, where its huge excimer systems are deployed in annealing applications.

With widespread reports of a dip in demand for smart phones in general, plus speculation that Apple may look to produce “microLED” displays in-house – rather than source OLED technology from sole provider Samsung – in the future, the uncertainty has prompted some to raise concerns about the impact on demand for Coherent’s lasers. Since briefly peaking close to $330 in January, the firm’s Nasdaq-listed stock price has slipped by nearly 50 per cent.

Ambroseo took time to address the display-related concerns, detailing the different ways in which microLED displays are likely to be manufactured – and pointing out that Coherent seems likely to benefit.

The company’s excimer lasers are already being used to develop a key transfer process in the production flow, and the CEO summed up by saying that if microLED displays end up being manufactured using the methods currently under development, it would represent a net benefit to the company.

“Putting it another way; we don’t see microLEDs as a threat to our market position,” he added. “Rather we see them as a potential market expansion into new display modalities for very large or very small screens, such as video walls or augmented reality (AR) devices, respectively. And in our view, microLED is a technology that still needs to mature.”

Samsung’s stranglehold
That all means that OLED displays, where Coherent’s lasers play a key role in production, remain the number-one choice for mobile devices. The problem is that Samsung is currently the only supplier capable of making these complex structures with the requisite performance for high-end phones that can command premium prices.

Ambroseo says that Samsung is currently able to make around 500 million displays annually – an amount consumed by a combination of internal demand for its own Galaxy phones and the OLED screens in Apple’s latest models.

With Samsung able to exploit its sole-provider status with Apple, the latter is believed to have been seeking deals with LG Display and Foxconn-owned Sharp, and for Coherent there would be obvious benefits if another company apart from Samsung was to ramp OLED production, or if and when Samsung was to add extra capacity with its “A5” fab.

Ambroseo pointed to China’s BOE Technology as another manufacturer that may be able to break Samsung’s stranglehold, with the company announcing plans to build the first “Gen6” OLED fabs outside of Korea.

“The takeaway is simple,” the CEO told investors. “It is reasonable to discuss the timing of certain investments, such as Samsung’s A5 fab, but we believe the future of OLEDs is very bright.”

• Ambroseo’s detailed explanation of the OLED sector and a solid outlook otherwise appeared to have some positive impact following the May 1 results announcement, with Coherent’s stock price nudging upwards. At around $180 in early trading on May 2, the stock commanded a market capitalization in the region of $4.5 billion.