UK startup is working on commercialization of perovskite-on-silicon tandem solar cells, with products expected next year. 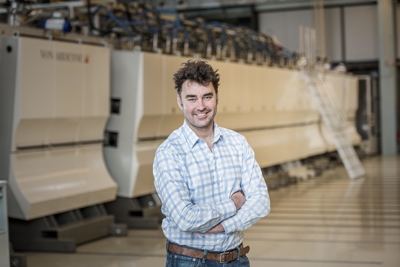 Oxford Photovoltaics, the University of Oxford spin-out developing perovskite-based photovoltaics, has raised just over £8 million in a new funding round supported by existing investors Statoil and Legal & General Capital.

The startup firm, whose technology is based on the work of researcher Henry Snaith, is intended to help Oxford PV continue to transfer its perovskite-on-silicon tandem solar cell technology from its UK laboratory to industrial-scale production at its facility in Brandenburg an der Havel, Germany.

The performance of laboratory-level perovskite solar cells has improved dramatically over the past five years or so, and Oxford PV is among those advocating their incorporation with silicon in a tandem structure, as a way to make conventional silicon cells significantly more efficient.

European backing
The latest funding round follows another £8 million raised in late 2016, money that was used to develop the demonstration line in Germany, and brings overall investment to £44 million. The company has also agreed a €15 million loan with the European Investment Bank, in addition to the equity total.

Oxford PV’s CEO Frank Averdung, who joined the startup from photolithography specialist SUSS Microtec, said in response to the latest round of finance:

“Over the last few years Oxford PV has built significant momentum and has now scaled up the necessary infrastructure such as research and development competencies, industrial capabilities, and a joint development partnership with a large photovoltaic player - enabling the company to maintain its leadership position in this area and bring a commercial perovskite PV solution to the silicon solar market in the near future.”

Oxford PV told optics.org that it currently expected to have products “in the field” towards the end of 2019, with another funding round planned to bring the firm to a cash-positive condition.

‘Game-changer’
Oxford PV has previously announced that it is collaborating closely with an unspecified development partner, said to be a “major manufacturer” of silicon solar cells and modules. 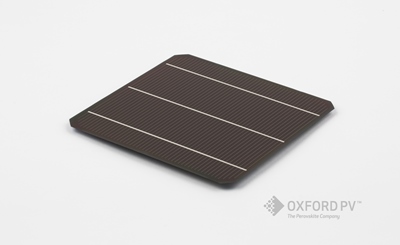 Investor Legal & General Capital’s head of clean energy strategy John Bromley suggested in an Oxford PV release that the company’s perovskite technology would be a “game-changer” for solar power, with the global potential to deliver higher volumes of low-cost, clean energy.

“At L&G we invest our capital with a long-term view, so are delighted to have made a further investment in Oxford PV to support the continued development and innovation of Henry, Frank and their world-class team to bring perovskite technology to the market,” Bromley said.

Ingunn Svegården, investment director at Statoil Energy Ventures, added: “We are pleased with the progress Oxford PV has made since our initial investment, and with this financing round we are continuing our support for the company to take the next important steps to bring high-efficiency perovskite products to market.”