But demand for laser diodes in 3D sensing applications remains in a lull, ahead of an anticipated ramp starting later this year. 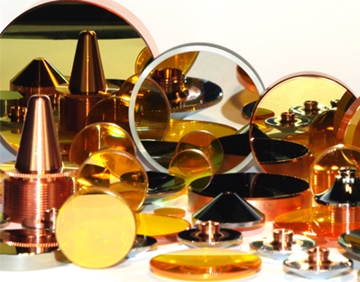 Diversified photonics company II-VI has posted a strong increase in sales, bookings, and profits in its latest financial quarter - even though demand for its laser components in 3D sensing applications has not yet materialized as expected.

For the three months that ended March 31, the Pittsburgh firm delivered a net income of $30.1 million – up from $22.4 million a year ago, while total revenues jumped around 20 per cent year-on-year, to $294.7 million.

Sales momentum
CEO Chuck Mattera highlighted how that sales increase had been driven in part by strong demand for industrial lasers and the burgeoning market for extreme ultraviolet (EUV) semiconductor lithography equipment, saying:

“Our CO2 laser optics and EUV lithography [diamond optics] components businesses had another record quarter, and our optical communications business had 36 per cent sequential growth in bookings.”

One application area that is not yet contributing to that sales momentum is 3D sensing, where arrays of laser diodes are used for applications like facial mapping. However, Mattera and his colleagues are expecting demand to ramp up in the second half of this year – ahead of the traditional rush of releases in time for Thanksgiving and Christmas – and continue to grow thereafter.

II-VI CTO Giovanni Barbarossa told an investor conference call that the company was engaged with several customers, some of whom are looking beyond the initial tranche of applications in consumer electronics devices, and towards autonomous driving and industrial markets.

II-VI has spent heavily over the past couple of years to build VCSEL manufacturing capacity in particular. While demand is in a lull at the moment, and that capacity under-utilized, the company is continuing to add more capacity.

3D sensing opportunity
Mattera and Barbarossa indicated that market reports have so far tended to under-estimate the potential for 3D sensing, saying that the company was investing in a “long-term opportunity”.

Meanwhile, demand for II-VI’s CO2 laser optics and diamond optical components is so healthy that both product lines are capacity limited at the moment, with additional capacity set to come on line this summer.

Combined with solid demand for defense-related optical components, II-VI reported a record backlog of $442 million, alongside sequential order growth of 18 per cent.

Overall, Mattera and his executive team are predicting that sales will rise a little, to around $300 million, in the current quarter. That outlook appeared to go down well, with the II-VI stock price rising nearly 8 per cent in early trading on the Nasdaq exchange immediately following the investor call.

"With our consolidated book-to-bill ratio at 1.13, and our record backlog of $442 million, we expect our fourth quarter to be a good finish to the year,” concluded the CEO.